The two adjectives we used in the article title to describe FURIO’s new single “DOWNLO” couldn’t be any more accurate and appropriate. All the confirmation you need is to indulge yourself in one of his masterful compositions, like the aforementioned new single, a hard-driving, thumping, hefty, colossal sound.

“This was made in the dead of summer just after everything was opening back up post-COVID, and I wanted to make something that was fun and playful but dark at the same time, and something that would pop and thump, as well as having a nod to all the Baile funk I was listening to at the time.”

You can groove to this track, headbang to it, dance to it, or just completely lose yourself; it’s that immersive. It’s also got variety, changing courses at various moments throughout its short but effective two-and-a-half-minute runtime. It’s just a little sample of what this London-based DJ has been up to, a fiery infusion of trap and Latin brass that stands out for its magnitude and originality.

Drawing on a lot of different sounds, FURIO really looks up to contemporaries such as Baauer, JOYRYDE, and Flume. One of the primary goals of his music is innovation, taking electronic and DJ music to places it has not necessarily gone before. The Latin influence is undeniable, with South American-styled beats some of his greatest inspirations. FURIO has a debut EP in the works, titled Slanky, that he plans to release later this year through the indie label Subtle Energy. If this track is any indication, we are in for some real goodies! 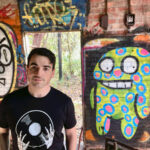 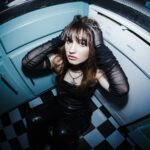