Known as one of the key members of Psychic TV, and for his work with, Toilet Boys and Kylesa, Edley ODowd is getting ready to release his solo debut, F(OUR)WARD. Previously released as an ultra-limited cassette release via Flesh Prison/DeathBed Tapes, the CD is finally coming out via the record label 13 this February. Pre-orders begin on Tuesday, the 17th.

Describing his ideas behind F(OUR)-WARD, ODowd notices that the combination of sound and visuals were “essential to delivering a message”- points out Edley talking about his foray into new territory. “I wanted to create something of nightmares and bliss, explains ODowd when asked to discuss the combination of visuals and sound presented on his latest solo release.

ODowd comments on the album and its three new bonus tracks:

“I am proud to present what I consider to be the complete version of this art and music. The video clips that accompany these songs are designed to be trance-induced launchpads for the audio and vice-versa. A world within our own, in which we can see and hear new and exciting things.” 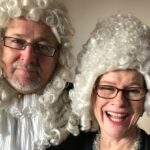 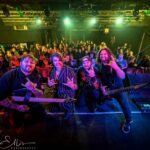