It’s the 1st of December, so that special time of year has officially returned. And to celebrate this occasion, we welcome the Christmas season back with open arms, thanks to The Outlaw Orchestra and their brand new Christmas-themed single “Outlaw This Christmas.” Today, we are pleased to introduce you to the song’s official music video, a rockin’, stompin’ good time clip featuring the band members getting in the Christmas spirit in their ugly Christmas sweaters, complete with a full feast, describing and drawing pictures of their preferred presents to Santa himself.

The band was kind enough to check in with the following comment:

“The Christmas party song is a British Tradition and in the true manner of embracing all things great about the British Christmas we absorbed the essence of The Two Ronnies, Woolworths adverts, Chas n’ Dave, Carol Singing, Christmas morning in the pub, lunchtime drinks with the neighbours all wrapped up in a rock n’ roll jingle that will stick in your head and inspire another round and top up of glasses.

“It’s time to break all the rules and let your hair down, join us in being an Outlaw This Christmas.”

As evident from this clip, the video was of utmost importance to the band. They found the perfect collaborator in Kris Barras of The Kris Barras Band and the former MMA fighter. The mega and multi-talented Barras has also found time to direct videos for other artists, and the band had known him from playing some shows with him previously. There was no doubt that he was the ideal collaborator, and it certainly helped that Barras loved the song too.

Funnily enough, the video was shot in August on what happened to be one of the hottest days of the year, not ideal for being enveloped in Christmas jumpers, woollen hats, and thick winter jackets. But the job had to be done, and it had to be done well, which it was. Merry Christmas, all of you Outlawers! 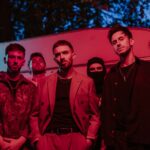 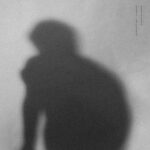