Sean Sroka is an individual who has an excellent idea of what he wants as an artist and musician. Combining a punk rock philosophy with the more laid-back tenor of folk, Sroka has become known for his confessional-style lyricism as the lead singer of the indie rock band Ten Kills the Pack. Growing up in and around Toronto, Ontario, Sroka is a very ambitious artist who is unafraid to try different things stylistically. Thank You For Trying is Ten Kills the Pack’s latest release, a concept album that examines the artist’s journey. Split into two acts, the twelve songs unpack this trip, emphasizing a message of hope while also never avoiding the bumps in the road that you end up hitting on along the way.

Much like a narrator, Sroka tells stories to songs that are loosely based on his own experiences, not that much unlike some of the songwriting tactics employed by Bob Dylan or Lou Reed, who often blur the line between fact and fiction. This confessional approach lends the songs a certain degree of freedom to be very forthcoming and honest as they deal with topics such as loneliness, desire, futility, failure, and hope you gather along the way. Marcus Paquin (The Weather Station, The National, Arcade Fire) was Sroka’s main collaborator on this project, helping to bring his ambitious vision to life.

To better understand Sroka’s motivations behind the writing and recording of Thank You For Trying, he joins us today for a Stereo Six in which he runs down some of the most pivotal records that helped inspire him to compose this album.

“Absolutely couldn’t choose between these two albums of PUP’s, so that’s what we get.
I don’t know if I can hear the precise influences from these albums into the music of the project, but there is certainly an essence from PUP and the genre I hold with me when thinking about TKTP and when writing. It keeps me in check for sure and holds an even higher influence on me for the slop punk band I’m in, in regards to guitar lines I write etc… Though these earlier albums of theirs’s definitely sit in a different time in my life when I was on the road a lot more, I would and still listen to these two albums back to back anytime.

“I love the production and mixing of PUP across the board. It’s perfectly executed in performance, captured incredibly, and totally has its own identity by being super gritty yet perfectly heard. All without being squashed/overly compressed, or too polished or slick either. It is incredibly hard to accomplish. It truly is the punk of this era to me.”

“Ok, this is the last time I choose two from the same artists. But these two specifically are such an accomplishment of music to me. And this is an artist in the truest sense of the word. Their work has been such an inspiration to me. Of course, there are some stand alone ‘hits’ in each album here, but the songwriting on every song in these albums have such a built in ‘classic’ feel to them. Something unique and familiar all at once and that doesn’t feel tied to an era of time sonically or in the songwriting. Super hard to do.

“I mainly turn to these two albums for references of production and mixing. I am a sucker for great arranging and different auxiliary parts like strings and horns which these two albums showcase so so well. It always motivates me to keep pushing. But the way these arrangements sit and blend into the songs are truly special. The mixing on both allows for a great sense of space and rich warm tone while also being extremely full even with very very little at times.

“It is a true example of a perfect marriage between the art of music (creation, writing, arranging, performing) and the art of production (engineering, instrumentation, editing, mixing, mastering), and how they both influence and interact with each other. Total triumphs.”

“One of my favourite albums of theirs that has influenced my arranging, recording, and mixing. They always have great-sounding and amazingly written albums; in fact, I think albums like Alligator or High Violet might be favourites. But there is something about this album that I always use as examples for the things like the tone of drums that feel so big yet cut through so well without taking up so much space, the piano that’s always felt and drives so much without being detected, the big massive guitars that also seem to just blend right into the air of the track and come back out when it’s time…

“The new albums of theirs are debatably even sonically better and mixed wider and more HiFi, but there is still always something that really clicks to me on this one and I always come back to. Luckily, I got to work alongside the guy who worked on this record! (Hi Marcus Paquin! You’re great!)”

“More songwriters below their late 20s need to listen to more of this to make their songwriting better. This is a voice and a guitar, yet the whole album is never not interesting. It tells a lot about the era, of course, but it speaks to so much right now. I think there is so much happening in the world yet there is so much music that feels empty lyrically. It’s just filler. You don’t need to be political (though one or two would be good for you), but just have something to say and have some more depth, subtlety, and wit.

“My favourite song from this and one that has certainly shaped the type of music I write is, ‘One too Many Mornings.’ It’s just a song that’s lovely and poetic and timeless.”

“Sure, it’s not my performative genre, but there is so much to pull from and take away from this collective piece. This album has certainly shaped the way I enjoy and create an album as a whole. It’s also something that has so much clarity in its mix but still feels ‘tough’ and so very human. Delivery of vocals are almost unmatched, and the poetic value from practically every line is so high. It’s truly all feel, that makes you feel.

“A song like ‘White Ferrari’ is so emotional and also playful with its lines and structure. Its structure and arrangement just follow the feeling: so much so you don’t think twice, it seems so natural it’s like it came from your own emotion, but it still holds surprises and tension releases. Super killer. As a musician, how can this or channel orange not be one of your top albums?”

“I honestly feel nothing is a curveball to me. I understand there is certainly a genre the music I write for Ten Kills the Pack falls under, but my list of inspirations for this last album and the music I write ranges over so many artists. Trying to think of what a curveball would be was kind of difficult, because in my head it all makes sense. Does that make sense? (laughs) I love the drums in certain things, the vocals in others, the bass tone from one punk band, the stories in one thing, the mix of another. Some things from certain things just have their everlong piercing impact on me.

“Scrolling through albums I used to own or play a lot (that weren’t too far back, because that could be an entirely different article), I came across this album and wanted to share it because there is something to the warm wholesome tone about this I loved. Something that totally stands alone outside the film (which was great). In moments the organized chaos of the instrumentation sits so well, the choices of parts and distance they have from you, and these beautiful soft melodies that sit so heavy in your heart when you hear them. It’s a great album. I really loved this and when I hear it now I can definitely hear its impact on the way I record or track things.” 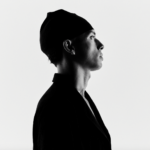 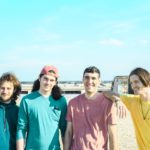