It’s been at least 23 years since Brit rock alumni Symposium took to the stage, but on November 17, they did so at London’s renowned Islington Assembly Hall and proved their ’90s brand of British rock still had a place in this world. In support of this one-off sold-out show were Emergency Radio and Saint Angus.

Before we get into the details, though, comments must be made about the venue of choice. The Islington Assembly Hall is so far removed from the sort of venue you would expect to see any kind of live show aside from some kind of classical or orchestral event. It felt like a place where you may go to watch a play in the early 20th century from its Art Deco appearance, hand-carved decorative wall panels, red-carpeted entrance hall and even bathrooms straight out of a period drama. In essence, the venue of choice was the very definition of refinement, a stark contrast to what the rock world is preserved as.

First to the stage was Emergency Radio. The five-piece played to a partially full venue, but despite this, they made every second of their time on stage count, clearly enjoying every minute of the experience. They had a pretty standard Brit rock sound, and whilst enjoyable, they were also a little forgettable, with each tune sounding like the one that preceded it. This, however, I will put down to simply not being familiar with the band’s work, so it is perhaps a little unfair to judge them by this one experience. They played a tight set, and the songs were entertaining enough to make me want to give them a spin, so I would recommend checking them out for yourselves.

Up next was the heavier Saint Agnus, who really didn’t feel like they belonged on this lineup. Their vibe was much more aggressive than that of Emergency Radio and Symposium, and their heavy rock style and Insane Clown Posy makeup and attire felt like they would be better suited supporting the likes of System of a Down. Despite this questionable choice, Saint Agnus did play a belter of a set. Opening with a new song (sadly, I have been unable to identify), the band demonstrated their ability to command a crowd injecting energy into the audience in preparation for the headliners. Saint Agnus only really faulted with their rendition of the Prodigy’s “Firestarter.” Covering a well-loved song is challenging, but the group failed to give it their own twist of originality, opting for the safe approach of covering it beat for beat.

At one stage, vocalist Kitty A. Austen encouraged the audience to go down to the floor, ready for the inevitable “jump” moment. Like the “Firestarter,” this aspect of their performance fell a little flat with the crowd (at first) resisting the request. For some reason this tried, tested, and extremely popular method of audience participation just didn’t seem to work. Although there were aspects of their performance that fell flat, the overall set made up for these slight transgressions, and I cannot help but think my views would be very different had the lineup been more aligned with their brand of rock. Like Emergency Radio before, though, I am keen to check these guys out as they did kick ass for the most part!

On to the main event, Symposium was introduced to the stage with some sort of incoherent rambling playing out. Can’t quite put my finger on exactly what it was, but as soon as it ended and the last member of Symposium was present, vocalist Ross Cummins they erupted into the ever-popular “Drink the Sunshine” the energy injected by Saint Agnus earlier instantly doubled as the crowd instantly sing along with every lyric with childlike glee followed quickly by another fan favourite, “One Day at a Time.”

“It’s been 23 years, so I guess this gig is a little overdue,” exclaims Cummins before moving quickly into the extremely skankable “Fairweather Friend.” Refusing to allow the enthusiasm of the crowd to diminish, Symposium quickly transitioned into “Puddles,” and by this point of the show, nostalgia had well and truly kicked in! This can be attributed not only to the enthusiasm of the audience but Cummins’ multiple visits to the floor crowd surfing. At one point at the tail end of the show, even making it as far as this mixing desk!

After nine tunes of pure uncut pre-millennium fun, the band introduced their newly recorded song, “Bleach.” Of course, by this point, the fans were already aware of its existence, heard it, studied it and learned the lyrics refusing to allow Cummins any moments of singing solo.

After an extremely generous thirteen-song set, Symposium said their thank yous and left the stage, but it was clear this was not he end with a chance to dance the night away to four more tracks, including “Disappear,” “Fizzy,” “Farewell to Twilight” and a well-executed cover of The Beatles’ “Hard Day’s Night.” As the band took their bows, Cummins, clearly empowered by the group’s reception that night, exclaimed: “this could be the start of something!” This earned the biggest cheer of the night. For us, the fans, this indicated this one-off show could potentially blossom into something bigger. Will we get new material? Will there be a full tour? Time will only tell, but we can but hope that Cummins’ remark was more than just speculation and was a not-so-subtle hint at what’s to come! 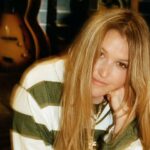 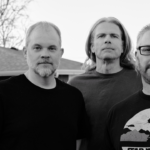