A lot of years may have passed since their inception, but there’s no mistaking that North East Bistro is still the same band with the same goals as when they started over 20 years ago. One of only a handful of Montreal, Quebec groups that formed around the turn of the century, the quartet has shown remarkable resilience in sticking around this long, with most of it having to do with their stellar musical output, like the latest single, “We Both Lived At Night.”

It’s been four years since we last heard from the band, when “Sing Your Heartache” was released in 2018. From the sounds of “We Both Lived At Night,” it’s clear that there has been no musical drop-off, with this being amongst the band’s catchiest tunes and also arguably the heaviest. It’s the first of three singles to come from what the band has referred to as the Sundown sessions, some songs that they recently recorded at Palm Isle Studio with Carl Roberge. Dark, melancholic, and a little bit gloomy, this is a bit of a new direction for a band not afraid to change it up.

With some words on “We Both Lived At Night,” the band states:

“The will be very surprised on the heaviness of it! We never went that far before on the distortion. Still, it’s very groovy and melodic. We’re confident they’ll like it!”

Not only is the song heavier, but it also is missing the brass section that was typical for so many previous North East Bistro singles. They have worked a string section into their more recent output, and it’s helped reinvent their sound to a certain extent.

This is a band that works very well off of mood and feeling, with most of their songs coming together first from a set of words or lyrics and then the music following after that. That’s typically in contrast to most rock acts that write music and melodies first before lyrics, but the process has been productive for the guys, and it has helped keep things lively and original now for two decades. With so many new bands on the scene, it’s nice to see the “old guys” still able to bring the magic. 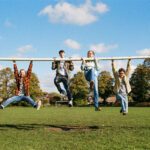 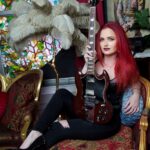