When you see something impactful at a live event, it must be natural to reflect on other performances you’ve seen, pondering what made them “as good” or “as unique.” When trying to figure out the last time I saw an artist leave it all on the stage the way Suede’s Brett Anderson did in Toronto, I’m coming up with a pretty short list of names. Anderson was a jumping, gyrating, animated, sweaty, quivering mess after 15 songs. Two songs into Suede’s set, he was off the stage and into the crowd, yelling for the audience to leave their seats and join him as he worked his way through the crowd and up the centre aisleway towards the soundboard.

Mat Osman, Simon Gilbert, Richard Oakes, and Neil Codling provided a perfect canvas for Brett Anderson to splash his sweat upon. They kept the material in key and on point for all but one of the tracks of the evening, “The Wild Ones,” which Anderson performed at center stage on an acoustic guitar. Suede boasts a back-catalogue of incredible singles and a massive collection of b-sides that would shame most bands’ output. Factoring that they haven’t been in Toronto in ages (fans beside me said over 15 years), there was no way the band could play every song attendees wanted to hear – the anticipation was too high. We got four songs from their newest release Autofiction, and eleven classics. Autofiction is a GREAT album; probably their best since Coming Down, so the inclusion of the four new songs in the setlist fits appropriately.

Hearing tracks like “Animal Nitrate,” “Trash,” “So Young,” “Metal Mickey,” and “Beautiful Ones” live was such a treat. Before Anderson entered the crowd towards the end of their set, he said he didn’t know if Suede would return here again and suggested the moment should be treated as a farewell. Fans swelled to the front of the venue again and slathered up to Anderson, who was so slick with sweat that he appeared to slip through the audience with no resistance whatsoever. In just fifteen songs over 80 minutes, it was already the live show of the year. Brett championed the Manics as some of the best people in the world and announced that they were up next.

Amongst the pre-press for this tour, both bands had this to say: Suede’s Brett Anderson: “I can’t think of a band I’d rather share a stage with than the Manic Street Preachers – They have long been an inspiration to us; and I know there are thousands of Suede fans who feel the same. It’s nearly 30 years since we last played together, and I think these shows are going to be something really special.” Manic Street Preachers added: “We first toured with Suede in 1994 when we played with them all across Europe. Back then, it always felt like both our bands shared a certain kind of kinship, both aesthetically and historically. It still feels that way now, nearly three decades later.”

It was beyond evident that Suede brought some ridiculous energy this evening. Undaunted by the task of following Suede on stage, James Dean Bradfield, Nicky Wire, Sean Moore, and Wayne Murray took the stage thirty minutes after Suede and launched into “You Stole the Sun From My Heart.” Rather than trying to outdo it, the Manic Street Preachers rested on what made them great for the past thirty years; a killer catalogue of material. Their set played more like a best-of performance, touching on their hits over fifteen tracks.

Bradfield mentioned how important it was to them to play Massey Hall (citing Rush and Neil Young) and how it was a perfect venue to end their three-week North American tour. He teased “Closer To The Heart” towards the end of their performance, getting a rise from the crowd, but they didn’t follow through with the entire song. Instead, the band teased “Rebel Rebel” before doing the intro guitar riff to The Cult’s “She Sells Sanctuary.” As Sean Moore hit the snares after the riff, you could hear “oh my God, they are going to play it,” whispered from the audience as the band launched into it, covering the song perfectly.

We also got “Suicide Is Painless,” the MASH theme song, introduced as one of their first and biggest hits; Bradfield thanked the NME for commissioning the version. The band went back to the early nineties with “Motorcycle Emptiness,” “Slash ‘n’ Burn,” and “You Love Us,” showcasing how truly relevant their debut album remains thirty years on. Bradfield is a stellar singer/songwriter/guitarist; he showcased as much over the thirteen originals in this evening’s performance. The last thing I’d want to do as a musician is following Suede onstage – it was interesting to watch the Manics do precisely that, and do it with panache. While it hasn’t been as long since we saw the Manics in Toronto, they aren’t a band that often gets to our shores. Seeing them and Suede bringing a package like this to North America was a genuine offering, and it was incredible to be a part of it. 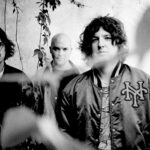 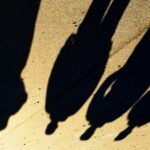