Just a couple of weeks ago, Liverpudlian singer-songwriter Jamie Webster was stood on stage in Manchester in front of 15,000 Richard Ashcroft fans. At the time, Webster joked to the crowd that he was expecting something of a hostile reaction given that he had strayed into “enemy territory.”

Thankfully, nothing could have been further from reality, as was the case when Webster brought his own headline tour to a sold-out Academy in Leeds (another of “the enemy”). Packed in like sardines, there was not a single spot on the dancefloor or seat on the balcony to be had as the sound of a playlist of indie classics was regularly punctured by chants of “Fuck The Tories” from this raucous “up for it” crowd.

By the time the folk singer sauntered out onto the stage to a sea of mobile phone lights and absolute hysteria from the concertgoers, it was clear that allegiances were again being put to one side as Yorkshire welcomed Webster like a homecoming hero. It’s easy to see why as well. Similar to Frank Turner, Webster’s folk anthems have hit a nerve with the crowd as the likes of “Living for Yesterday,” “Out On The Street,” and “Davey Kane” are both gritty and unforgettable.

Coming from Liverpool, Webster’s banter between songs is top-notch and provides an entertaining addition to the evening’s proceedings. Having said that, the now familiar “Fuck The Tories” chant, while certainly a sentiment echoed by many thousands of us around the country, is one that is starting to lose its impact as it rapidly becomes nothing more than a drunken football chant you sing at Jamie Webster gigs.

Referring back to that Manchester gig a few weeks ago, Webster commented about the size of the crowd. Despite there being plenty of fans of the Scouser dotted around that crowd, it wasn’t his crowd. However, here in Leeds, this was his crowd adding to the list of unforgettable nights for Webster. As he announced that “this had been the loudest crowd yet,” you could almost feel the bond between the Scouse songwriter and his growing army of fans only becoming stronger. 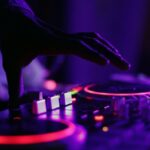 Best Music Genres to Listen to When Gambling Online 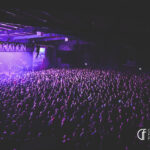