Proving that songs can be invented and reinvented in countless ways is Butcher Brown, and their brand new album Butcher Brown Presents Triple Trey. The record, featuring Tennishu and R4ND4ZZO BIGB4ND, was released on September 16th via Concord Jazz, an eclectic new release full of big ideas and big sounds. The album proceeded through many stages and even some reincarnations, with it originally composed by Tennishu, the group’s MC, as a hip-hop record. Not too many jazz albums start out as hip-hop, but this one did, with Tennishu and his bandmates morphing and shaping these songs to create a recording that is a diverse tribute to big-band jazz.

Interestingly enough, this is Butcher Brown’s first specific incursion into big band jazz, but there are none of the hiccups you may expect from an outfit changing up their songwriting style on the fly. Aside from its obvious jazz and hip-hop foundations, the album ensures to combine the soul, funk, and rock influences that were so important in shaping the group’s musical identity in the first place. They are starting to receive some major recognition for their work, too, having recently performed at Pitchfork Music Festival, the Blue Note Jazz Festival, Afropunk Fest in Brooklyn, the DC Jazz Fest in Washington D.C., and California’s Monterey Jazz Festival.

We recently got together with Tennishu for a chat about Butcher Brown, their writing process, songwriting styles, where he’d like to take the band on tour, and new artists he’s keeping an eye on.

For those not familiar with your band, can you tell us a little bit about yourselves?

Tennishu (Vocals/Trumpet/Saxophone): “We are Butcher Brown from Richmond, Virginia. We create vibes known as solar music through the fusion of different genres and experiences as professional artists.”

Your new disc Butcher Brown Presents Triple Trey, has just been released. Now that it is complete, how do you feel about it, and what has been the response so far?

“Now that this album is finally out, I have a feeling of relief. This album was recorded a number of years ago, and it took a bit of persuasion to get it released, so now that it is out, I am happy that people get to hear the finished product. The response to the music has been amazing! Different people are gravitating toward different songs as well, so the folks are really listening!”

“The writing process for this album started with the original TRIple TREy, which is an album I self-produced back in 2019. R4nd4zzo had been working on music for artists around RVA, so he wrote big band arrangements of all of the songs on the album. Through our conversations, we decided to have Butcher Brown and the R4ND4ZZO BIGB4ND performs this music on the album release party and acer an insane performance; Andy and I decided to record the whole thing with the help of Lance Koehler from Minimum Wage Recording.

“For Butcher Brown in general, the compositional songs that were pre-composed by the person that brought it in, or we put it together based on publishing briefs while others were transcribed from voice memos, or are ideas that popped out during the last sound check and were held on to until we could explore it.”

You guys are an extremely heavy band; how does it make you feel when that power and energy you channelled in the studio come to life in front of a crowd?

“That feeling is definitely amazing. To perform these songs in front of music fans all over the world is a privilege, but it is also very interesting to see what songs have what type of effect on the people who are listening. The result varies greatly depending on what city, state, or country we are in.”

“Everyone in the band has a different style of writing, but personally, I like to write songs without thinking about the live setting and then get creative again when it is time to perform the music live. To me, that is the best way to get the best out of everyone involved in that present moment. Too much planning can cut you off from future ideas that may come to you through inspiration you have not come across yet.”

Along those same lines, do you take advantage of technology and email riffs and parts back and forth, or do you get together in a room in a more traditional sense and write together?

“Definitely both. Our Mothership Monday series on YouTube is an example of the type of remote session work that we used to continue to make music during the U.S. quarantine. During the creation of that series, we used email and technology to get things started and would generally connect at Jellowstone Studios to finish up the details on whatever we were recording.”

“The name Triple Trey comes from my celebration of making it to 33 years old. When I was younger, I didn’t think that I would live to that age, and the religious significance was also a big part of the motivation to complete the self-produced part of the project.”

You have toured the world extensively. Is there anywhere you would like to go that you have not been to?

“I would love to perform in Spain. My mother was born there, and my wife lived there as well, so I am looking forward to bringing this music to that area of the world for sure.”

“I’m not sure how new all of these projects are, but I have been listening to Telemakus and Athletic Progression. The vibe of their music is dope, and there is an element of ‘cutting edge’ that really sticks out to me. That new Domi & JD Beck has been on repeat as well.”

“We receive a decent amount of support from the RVA scene for sure. There is an element of ‘Hometown Hero’ that makes it tough for us to consistently pack the shows and to execute successful campaigns, but we have folks in the city and beyond that consistently show love and support for the Butcher Brown sound.”

“Different folks have different things that they like to do, but about an hour before the set time, I really enjoy listening to music in the green room before the show. For me, having the music on helps me to wash away all the thoughts that don’t have anything to do with the show that I am about to be a part of. I like to have tunnel vision when I step on stage to avoid imaginative interruptions.”

“Definitely. I think that one of the overarching goals for Triple Trey is to do some kind of tour with some kind of big band to bring the show directly to the people. The energy that is generated with this amount of musicians on stage and the vibe of the show would really have a lasting impression on whoever is in the audience, so I think that it is a necessity to play it live.”

For years, albums and, generally, all new music dropped on Tuesdays. Now it’s typically Fridays. What are your thoughts on the change?

“I think that dropping music earlier in the week gives people time to digest and work with the music as opposed to going right into the weekend with it. In my opinion, dropping on a Friday forces people to make an instantaneous decision based on shock value going into the weekend rather than spend time in the crevices of the record.” 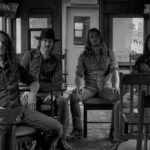 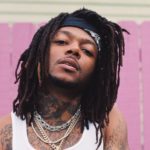