Twenty One Pilots hit Toronto’s Scotiabank Arena for a spectacular full-on return to form after being held back by the pandemic for a couple of years. The “Icy Tour” theme saw the duo, frontman Tyler Joseph and drummer Josh Dun, in a snowstorm on the giant video screens. A floating blue door appeared above their heads, and as they reach to open the door, a similar blue door on the floor of the stage opens up, and they walk up from below as smoke pours out and foam “snow” falls on the stage and the crowd. Dun and Joseph paused, standing together in matching white jackets, black balaclavas and crystal-rimmed sunglasses, before moving to their respective positions on the drums and piano.

Opening with the poppy and upbeat-sounding “Good Day” from their 2021 and latest studio release, Scaled and Icy, the fans came to life and settled in for two hours of dancing, singing, crying and loving their brothers who have been writing relatable and emotional anthems for over a decade now. Their fan base has been largely on the younger side and latched onto the duo’s high energy hard to categorize brand of pop, rock, rap music and live performances. Joseph’s personal narrative lyric style really feels like he’s “speaking” directly to each fan personally. And it’s easy to see the resulting fan reactions, with them hanging on every word.

The duo has always performed their live shows with Dun on live drums and Joseph on vocal and sometimes on piano, guitar, ukulele or bass. And they’ve extensively used backing drum tracks triggered by Dun, and all manner of other instruments and vocal part tracks when needed. They’ve been very successful at doing that, and their live shows are better for it. On this tour, however, they brought along four touring band members. About 20 minutes into the set, the band was brought on and showcased on their instruments as “The Outside” rolled out. Todd Gummerman on keyboards, Dan Geraghty on guitar, Jesse Blum on trumpet and Skyler Acord on bass added another level of energy to the show and provided that authentic vibe that backing tracks lack.

Band acrobatics, seizure-level lighting, and close-quarters crowd interactions all combine to give a truly compelling concert experience. A second small stage at the back of the arena contained a single upright piano. Joseph ran through the general admission floor section at full speed to give the rear sections a closer look. As a band’s musical catalogue gets bigger over the years, it gets harder to be able to include the ongoing fan favourites along with the new material into a two-hour live set. Twenty One Pilots seems to have created the best of it by crafting their set list to include medleys of their hits with instantly recognizable verses and choruses that the fans want to hear.

With their first and second major label releases, 2013’s Vessel and 2015’s Blurryface, they are the first band in history where every song on both albums received gold or platinum status. With that accolade, it’s clear that their fans love most or all of their songs so getting a live set put together to appease them needed a medley situation to happen. And judging by the reactions, it worked perfectly. On the small stage, Joseph asked the crowd to sing back a specific couple of notes to mark the move to the next part of the medley.   Snippets of one song from each album were played on the B Stage; “Addict With a Pen / Forest / Ode to Sleep / Hometown / Bandito / Choker.”

Joseph pulled out his ukulele to start “The Judge” while the rest of the band gathered across the front of the main stage sitting on stools. They joined in when the second verse hit. It was stripped down acoustic with Dun playing a Cajon and the rest of the band on bass, guitar, violin and accordion. They played “Migraine” as Joseph walked through the crowd back to the main stage. Joseph then let the crowd know that he had a problem. He forgot his ukulele on the B stage. So they crowd surfed it by itself on the same air mattress Joseph used earlier. “Be careful; she’s young,” quipped Joseph.

The “Campfire” band did a medley of “The Hype / Nico and the Niners / Tear in My Heart, House of Gold / We Don’t Believe What’s on TV.”

Dun’s drum solo included a trip out to the crowd to play a mini drum kit on a platform held by the crowd above their heads. Blum played the theme to “Chariots of Fire” on the trumpet as Dun made his way to that mini kit. Intimate fan interaction, check. During 2020’s non-album, quarantine song “Level of Concern,” Joseph let the crowd know that he likes to put this song on the setlist to remind him of a time that he thought live music was “dead, it was gone, forever.” “And tonight we celebrate that I was wrong.” This song was released in March 2020, right as the world shut down for the pandemic and the uncertainty in the music industry was front and centre.

“Ride” saw Joseph head out to sing on a box halfway up the stairs in the middle of the lower bowl side by side with the crowd, then over to the other side of the venue to do the same thing. Then he sprinted over to the B Stage for a chorus on the piano, followed by him swan diving onto an air mattress to be crowd surfed back to the main stage. Intimate fan interaction, check check.

“Shy Away” allowed the touring band members to be front and centre onstage, with them using all the stage positions. Followed by an extended pause at the end with the band posing for the fans.

After a short break, Dun and Joseph returned back as a duo with “Car Radio.” While the full band adds completeness to the live sound, the familiar duo with backing tracks scenario is a tried and true concert experience as well. Joseph returned to the B Stage to continue the song on a tiny 1 square metre riser high above the crowd. Later, a second riser brought his bass up to him along with his red signature beanie from years ago. He put it on, and they did “Stressed Out” from 2015’s Blurryface.

The two-song encore saw the band return within their skeleton masks and jumpsuits for “Heathen.” Joseph said they like to take the time to acknowledge a couple of the crew each night. And then showed a photo of a couple of them who happen to be Canadian on the video wall. He also shouted out to local security and staff with Dun down in the pit, fist-bumping one of the security guys.

They then tore into their arena anthem, “Trees,” with all the lasers, lights, smoke and confetti to go with it. With the band finishing up on a couple of small drum platforms held up over the crowd’s heads.

It was such a satisfying show to see and hear. Twenty One Pilots are truly the full package at their shows. Till next time….

Newcomer Peter McPoland and his band opened the show with their energetic alt/rock set.

Good Day
No Chances (Fairly Local outro)
Guns for Hands
Morph
Holding on to You
The Outside
Message Man
Lane Boy (Redecorate outro)
Chlorine
Mulberry Street
B Stage:
Addict With a Pen / Forest / Ode to Sleep / Hometown / Bandito / Choker
The Judge (Tyler starts song on B Stage then finishes on main stage around the “campfire”)
Campfire Acoustic:
Migraine (Partial)
The Hype / Nico and the Niners / Tear in My Heart
House of Gold / We Don’t Believe What’s on TV
Part 2:
Halo Theme (Martin O’Donnell cover) (Preceded by a trumpet interlude)
Jumpsuit
Heavydirtysoul
My Blood / Saturday
Level of Concern
Ride (Tyler crowdsurfs on a mattress)
Shy Away
Car Radio
Stressed Out
Encore:
Heathens
Trees 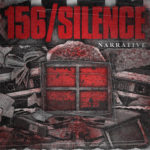