For the next couple of months, Drag Royalty will strut across the UK as The Series Three Tour of RuPaul’s Drag Race UK arrived in style for a full headline tour.

Visiting theatres and arenas across England, Scotland and Wales, expect a night of endless extravaganza as ALL 12 queens from Series Three of RuPaul’s Drag Race UK work their way across the country. Acclaimed for its amazing production values, the show has told fans to expect the unexpected in this glittering tour which will include Series Three finalists Kitty Scott-Claus, Krystal Versace, Vanity Milan and Ella Vaday.

Describing the show, which sees the Queens perform a raft of musical numbers, big opera numbers and pop favourites, as “Brassy, classy, sassy and trashy…,” Ru Paul’s Drag Race Season 3 kicked off their UK tour at Bradford St. George’s Hall and our photographer Graham Finney went along to bring back this gallery of images from the opening night.

The remaining dates for the tour are as follows: 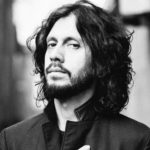 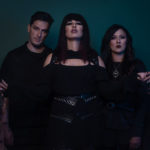