It’s your time to grow and flourish, and Soraia wants you to know about it. The band is set to release their brand new album Bloom on October 28th, via Little Steven Van Zandt’s Wicked Cool Records, and how about a little new music today to whet your appetite? Among the LP’s ten tracks is a cover of perhaps KISS’ greatest of all songs “Strutter.”

This one holds a special place in the KISS catalogue and really helped define them as one of ’70s rocks best acts, upon its release on their 1974 self-titled debut. Soraia do an extremely effective job of recapturing that punk rock spirit and zeal, with lead singer ZouZou Mansour bringing that vintage glam rock appeal with her lively, spirited vocals.

Says Mansour about the decision to cover the song:

“We have had so many suggestions of songs to remake that I’m always surprised about what we inevitably decide to cover. ‘Strutter’ was the biggest surprise mainly because (bassist) Travis (Smith) suggested it, and I had no idea that it was even a song he knew or appreciated. But because he did, we covered it. That simple. Just a fun song to do, and any size audience loves singing along to it.”

On Bloom, Mansour and her bandmates deliver the goods, meeting and exceeding the expectations they built with the release of their “Tight Lipped” single release last year, and their 2020 breakthrough record Dig Your Roots.

There’s a real personal touch to the new album, with songs spiritually focused on rising above pain and traumas, and repositioning our lives in a new direction that we have chosen for ourselves. The purpose is to enlighten and inspire the listener to speak their truth and live their life, with the consequences more of a secondary concern where passion is our ultimate guide. Bloom is about letting go and finding your own place, a point of view born of all of the hardships that people have experienced in recent times. It’s time to stand up, stand out, and don’t forget to also rock the fuck out! 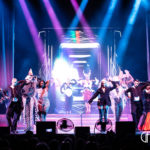 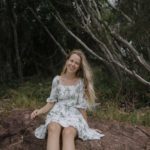