For music fans, August Bank Holiday means only one thing, the return of Reading Festival and Leeds Festivak. A final blow out for the Summer, the double-site weekender usually heralds the end of Summer so signs off festival season with a bang featuring a line-up consisting of the biggest names in pop and rock.

This year was no exception although news that headliners, and judging by the reaction across social media, a huge draw for the weekend, Rage Against The Machine had been forced to pull out, to be replaced by indie stars The 1975, along with a line-up that leaned more towards to pop end of the scale, meant that this year saw the weekend move further away from its rock roots.

Blazing sunshine greeted early arrivers as Friday kicked off with Aussie singer-songwriter Mallrat who, despite being dwarfed by a massive backdrop complete with “death metal” style logo, brought some delightful Aussie cheer to start the weekend. Willow (of Will and Jada Pinkett Smith fame) was next up and stomped about the stage chucking out her electro pop-punk tunes to an appreciative crowd. Over on the Festival Republic Stage the absolutely brilliant Brooke Combe was well up for her early afternoon set greeting the crowd by announcing “I’m Brooke from Glasgow, let’s fucking do this..”

Unsurprisingly, Bradford bad boys Bad Boy Chiller Crew brought a sizeable and noisy crowd with them for their appearance and, while everything from their image to their tunes border on the ridiculous, rumours of trouble between the group and festival crew after their set left something of a nasty taste on what should be a celebration of music. No such problems for the DMAS who were quite brilliant and even managed to throw in their cover of Cher classic “Believe”.

Grunge rockers Daisy Brain took the Festival Republic crowd back to a time when alt-rock ruled this festival and bands like Nirvana and Pearl Jam were regular names on this bill. Not any more though as prominant slots on the line-up are now taken up by hip-hop acts like Run The Jewels who forgo their special guest slot but deliver a set that, thankfully, is packed with the kind of grit and attitude that has made them a hit with old-school hip-hop fans. Bringing up the latter part of the afternoon, to our relief we didn’t have to choose between the brilliant alt-rock of Beabadoobee or the electro-indie anthems of Bastille as scheduling meant we managed to catch stellar performances from both acts.

If you were to pick a like-for-like replacement for Rage Against The Machine, top of the list probably wouldn’t be radio-friendly indie band The 1975. Despite having headlined this very festival a few years earlier, the undercurrent of ill-feeling to their appearance must have filtered through to the band but, as the band took to the stage, the Leeds crowd showed them nothing but love. In return, the band delivered a sublime set. Sure, that set may not have been filled with the kind of angst-rock, shit-losing anthems that Zack de la Rocha’s crew would have smashed out but, as thousands of fans sang back the likes of “Chocolate”, The 1975 made sure that Friday ended in a manner far from how many people had originally imagined it would.

No matter the location, it’s always carnage when Frank Carter & The Rattlesnakes come to town and today was no different. 30 seconds into the first song, Carter and barrelled into the crowd before turning the moshpits into female-only pits. An explosive start to the day and one that, in all honesty, many acts simply couldn’t follow. The retro-grunge of Black Honey was next up on the Main Stage and, while their set lacked the chaotic energy of Carter, the band put on another classy performance. Elsewhere, Witch Fever is a rising name on the UK circuit and, although only managing to catch the end of their raucous set, the band had lived up to their growing reputation.

A band who need no introducion are Baltimore pop-punk superstars All Time Low who put on an arena-style show full of confetti, fire and banging pop-punk anthems like opener “Lost in Stereo”. Their set even saw guitarist Jack Barakat taking to the crowd inciting hysteria around him. Showing the diversity of the festival line-up, the main stage had seen indie rockers Circa Waves and American rapper Polo G both going down a storm with the former proving that guitar-based bands are still a big draw for this festival crowd.

One of the highlights of the day, if not the weekend, was London rapper Little Simz. Whereas the majority of the hip-hop/rap artists appearing on the bill this year fit the stereotype, Little Simz was truly spectacular. Someone who has truly mastered their art, tracks like “Introvert” are delivered with the power, passion and emotion that they demand. Second from top on the bill today, Little Simz showed that she has every right to be topping a bill like this. Following Little Simz came the first of the two superstar headliners, American rapper Megan Thee Stallion. Arriving twenty-minutes later than advertised, probably the biggest crowd of the day at Main Stage West greeted her arrival on stage. A set filled with attitude, Megan Thee Stallion strutted about the stage spitting out her words in commanding fashion and certainly put on a superstar performance in every meaning of the word.

Twelve months earlier, London grime superstar Stormzy put on a truly spectacular performance to dispel any myths that a grime artist couldn’t headline a festival like this. 2022 saw the turn of fellow Londoner Dave to close out the Saturday night. While not as OTT as Stormzy, Dave made sure that his headliner set closed out the day with a bang. Blasts of pyro lit up the Yorkshire skyline as Dave pumped out his hard-hitting rap anthems, declared his love for the festival and showed again why the genre is becoming a big draw for the festival crowd.

So, we head into the final day of the weekend and, for many of us, the final hours of 2022’s UK festival season. Our day kicked off in the Festival Republic tent with local lads Static Dress jarring metalcore. A brutal way to start the day, Californian rapper De’Wayne follows on the Main Stage West. Declaring it his dream to play the festival, the rapper may have been an unknown name before the weekend but would have gone away with plenty of new fans following his set.

Of the three days, Sunday offered punters a more diverse bill with the death-pop of Poppy drawing a huge crowd with one sign declaring in no uncertain terms a fans love for the Los Angeles industrial-electro-rock singer. It’s her second appearance at the festival and judging by the reaction, expect her to become a regular on the line-up. A late addition to the bill AJ Tracey’s appearance was a popular one and, despite facing technical difficulties from the outset, manages to deliver a slick, polished set. Kid Brunswick looked like he was loving every minute on stage. Blasting out a mix of hip-hop, pop and punk, the Londoner was born to perform and, looking at the reaction, it is obvious why you see his name being mentioned in the same breath as the likes of Yungblud.

Following that, D-Block Europe draw a massive crowd to the Main Stage West with their brand of pulsating hip-hop. St.Albans crew Enter Shikari show again why they are one of the most exciting live rock bands around. Passionate speeches from frontman Rou Reynolds pepper their set while the band spit through the likes of “The Anaesthetist” before being joined by rising punks Wargasm for an explosive collaboration of “The Void Stares Back”. As we head into the home straight, indie band Wolf Alice show again why they have earned such a high spot on the bill. Quietly building their profile over the years, the band have worked their way up the line-up and, watching the band put on another classy display, seeing their name at the top of the bill like this can’t be too far away.

It only seems like yesterday that Sheffield band Bring Me The Horizon were plying their “Myspace Deathcore” in small bars around the UK. Times have clearly changed for the band who are now bringing pop superstar Ed Sheeran on stage with them as they did in Reading the night before and putting on truly spectacular performances like this one. From the moment the band kicked off their set in front of power-draining video screens, this was going to be unforgettable. Through the likes of “Happy Song”, “Dear Diary” and “Shadow Moses”, their blend of pop, metal and alt-rock might be a far cry from their heavier roots but witnessing their collaboration with Yungblud for “Obey” and set closer “Throne” showed that the BMTH juggernaut shows no sign of slowing down.

And so the final band of the weekend arrives as Sheffield indie kings Arctic Monkeys make their return in front of the biggest crowd of the festival. Hysteria greets the band as they arrive on stage and launch into “Do I Wanna Know?” and “Brainstorm” and any thoughts that the effects of the weekend would leave the band playing to a weary crowd ready for home was quickly banished. Treating fans to a mammoth twenty-one song set, Arctic Monkeys are readying for the release of their new album and, armed with big hitters like “I Bet You Look Good On The Dancefloor”, make sure Leeds Festival 2022 sends the huge crowd home having had the weekend of their lives. 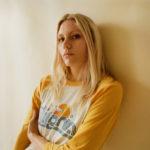 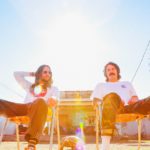