With their 20th anniversary upon them, Anarbor is currently enjoying a renaissance of sorts. They just released their latest full-length titled Love & Drugs on September 2nd, a real evolution for two punk rockers who have really found themselves musically.

When you start a band when you’re in junior high school, you might not have an idea what you’re doing, but Slade Echeverria and Danny Stravers really worked at it to become not only very competent songwriters but also a duo able to develop their sound in ways they would never have imagined when starting out. A real culture of experimentation has developed between Echeverria and Stravers, which has led them from being a light punk rock band, to now being a full-fledged alternative pop unit, like what you hear on Love & Drugs.

Regarding their new album, Echeverria states:

“Love & Drugs is a record that was written over a three-year time span. The sound is a fresh combination of ’80s influences, catchy melodies, modern production, and a classic Anarbor vibe. Having so much time to write songs and listen through numerous demos, choosing the songs for this record was a very particular process. This is by far my favourite Anarbor record. I’m so proud of how far it’s come and excited to finally release this to the world.”

Based in Phoenix, Echeverria and Stravers have become an upper echelon songwriting team. Part of Love & Drugs is influenced by the duo’s love for 1980s radio. Although they weren’t old enough to grow up on it at the time, they have gone back to that era of music with their listening tastes, dissecting the songs and trying to get at the essence of what made them memorable. This is partially what’s responsible for Anarbor’s evolution from album to album, but especially their growth between previous records and this new one.

With Love & Drugs now out, we connected with Echeverria and Stravers for the exclusive track-by-track to learn more about the background behind these songs and what has made this their most memorable release yet.

“‘Slow Distraction’ is about the emptiness everyone felt during and post-COVID. Life changed so drastically with everything shut down, making it difficult to get back on track and planning the future of the band. It’s also a song about trying not to let the façade of social media discourage you from pushing forward, most of what you see on the internet today is an exaggeration or attempt to portray an impossibly happy and positive life while leaving out the truth and hardships of life.”

“‘Letter in a Suitcase’ is a song about putting your foot down and going after what you want. I think every person struggles with finding the difference between who we want to be and what others want us to be. Sometimes we have to distance ourselves from the dependency of others to find ourselves before we can truly be useful to anyone else, and often in that journey, we tend to find people better suited for us that allow us to unapologetically be ourselves.”

“Being in a romantic relationship always has its highs and lows. Love brings out the most explosive versions of our emotions like drugs do. When that special person is away, you feel strung out on a comedown, but as soon as you’re together, it’s like fireworks exploding in your chest. Whether it’s the high of falling in love and finding something true and unique, or the erratic withdrawal-like lows of trying to maintain an independent identity in a relationship, being in love is a lot like being on drugs.”

“This song is a classic love story, things that remind you of a specific person and the small moments that truly make you fall in love. It’s about that moment in the morning you wake up together, and both consider cancelling all your plans for the day just to stay in bed and be in your own bubble together, forgetting the rest of the world.

“We originally wrote this song during quarantine during a live stream on Twitch. We obviously didn’t have any shows booked, so we figured we would goof around on Twitch doing a writing session with the fans. We let them pitch in ideas for lyrics and ended up with some song about having a quarantine lover. Months later, we began pre-production for the record, and when this song came up, we all knew there was really something there, just needed some rewriting, and it turned out to be one of our favorite songs on the record.”

“‘Durango’ is the story of a hopeless romantic who can’t seem to stay out of trouble. He’s caught between wanting forgiveness and realizing he may not be worthy of it. He decides to throw it all away, to be left with nothing as a final chance to find his own path, a new life where he has the opportunity to avoid the mistakes of his past. This track features an amazing fellow Phoenix band, Belaganas, who helped us dig deeper into the disparity and sometimes necessary action of saying ‘fuck it, I’ll find my own way.’”

“‘Emergency,’ featuring Sammy Adams, is the song where we address the fear culture that grew out of control over the course of the last couple elections and the pandemic. We’re by no means a political band, but regardless of your affiliation, I think we can all agree that the daily level at which mainstream and social media have propagated fear in our society is disgusting. The more afraid we become, the more we watch, the more we post, the more we fight with our fellow people. It’s a vicious behavioral cycle that needs to change, and it’s up to all of us to remind those close to us that there’s no logical reason to get too worked up about something they have zero control over.”

“‘Honeymoon in Tokyo’ is the relationship goals song about a confident, badass couple that runs off to Tokyo for their secret, passionate honeymoon. They don’t need to share everything they do with the world constantly because they’re completely satisfied in the real world with one another. Their security in their relationship makes them all the more interesting, and since they keep it to themselves, everybody wants to know what they do when they’re alone.”

“Despite what it sounds like, ‘Reason to Die’ is the ‘everything’s gonna be alright’ song. Modern society places so much pressure on everyone, especially through social media, to prove that you’re making huge accomplishments and living a perfect life. Life goes by fast, and it’s more important than ever to slow down and enjoy what’s in front of you, to take a minute and reevaluate what’s important, like finding that person to grow old and die with.”

“Featuring Sara Coda from Silent Rival, this song serves as a tribute to a drummer, Tyler Hedstrom, who we lost to suicide at a young age. A natural prodigy, Tyler joined us for a tour with only a few days to learn the entire set, and he absolutely crushed it. Over the course of the tour, he became like a little brother to us, and we all looked forward to his future in the band, but his life was cut short. ‘Don’t Call Me Back’ is a reminder to be open and understanding to those who suffer from depression and anxiety.”

“‘Good Time’ is the coming out of quarantine party song. We wrote this at a time when we were really itching to see people and have some semblance of normalcy during COVID. It had been so long since we played a show, and it was really starting to bum us out, so we figured we’d make a song to celebrate when things got back to normal.”

“‘Bad Love’ tells the story of a man and woman’s co-dependent, toxic relationship as it falls apart. Drug use, throwing the blame where it doesn’t belong, and turning one’s back in a time of need leads to a difficult conversation that needs to be had; ‘I think I’m through with you.’” 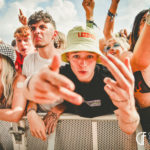 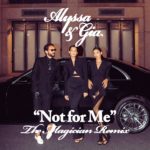