The fact that the York Barbican is almost full to capacity for the return of Kim Wilde is proof indeed that this particular ’80s pop icon is still a big ticket seller. A popular and regular name on the ’80s/’90s festival circuit, Kim made a welcome return to the touring circuit this month with her “Kim Wilde – The Greatest Hits” Tour.

Opening up the night were Liverpudlian synth/new wave faves China Crisis with frontman Gary Daley joking that “most of you probably weren’t expecting us when you heard a song you recognised…” All smiles, the Liverpool band definitely had a fair few fans amongst the Kim Wilde faithful and repaid them with some of their biggest hits.

Kim Wilde, on the other hand, had no problems getting fans into their seats as she hit the stage like a whirlwind into opener “Rage To Love.” Having been delayed two years, it was a blistering opener to the show, with Wilde sounding in great voice as she belted her way through an impressive, hit-laden twenty-one song set.

Mixing up the hefty setlist with a perfect balance of old classics like “The Touch” and “Cambodia” with newer tracks like “Kandy Krush” and “Pop Don’t Stop” from her 2020 album Here Come The Aliens, the pop favourite even managed to throw in a couple of well-placed covers in the form of the Bee Gees “If I Can’t Have You” and The Supremes hit “You Keep Me Hangin’ On.”

Backed by a full band which includes her brother Ricky and her niece Scarlett, neither the band nor Kim show any after effects from two years away from the stage and with the tour well underway, the group has evidently hit their stride quite quickly.

Ending the night with a thunderous rendition of “Kids in America,” there wasn’t one person in this room who would have wanted to spend their Saturday night anywhere else. 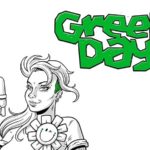 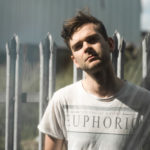