Behemoth – Poland’s extreme metal titans – have been no stranger to evolution. Their initial mark on the metal scene, 1992’s Endless Damnation rehearsal tape, ushered in a new and damning perspective of black metal which carved an influential path for black and death metal to become one. Record after record, the band has introduced new elements into their craft, with 2004’s Demigod being a significant shift in their musical style while remaining true to their black metal origins.

Their success story is one of persistent evolution and sheer musical prowess, despite their regular treading into controversy. Nergal’s trial for blasphemy in 2010 brought forth a new wave of support for the artist and the band, which allowed their music to reach more individuals and transfer their message even further across the globe. Now, the band is on the cusp of unleashing their 12th studio album: Opvs Contra Natvram. Will they continue on their upward trajectory?

The record opens with “Post God Nirvana,” a purely atmospheric composition of ritualistic drumming patterns and Nergal’s war-cry style speech which builds in intensity. For setting the scene, it works tremendously; an eerie choir at the back of the track and deep-toned chanting adds to its impact. It is long for an introductory track, and intro tracks have become a common occurrence in metal albums these days. It’s not something which is necessarily a negative aspect, as it does gain points for setting atmosphere, but were it half as long, it would be just as impactful.

However, its follow-up track – “Malaria Vulgata” – wastes no time in delivering its healthy dose of rage and malevolence; frantic drumming from Inferno and a powerful solo elevate the track from standard extreme metal affairs. “In The Deathless Sun”, Nergal’s deep and bellowing line – “My God is the all-consuming fire” – is complemented by more powerful backing choir vocals and chanting; a combination which works to great effect. It’s something Behemoth have worked upon since 2014’s record The Satanist, with its triumphant roars and dramatic choirs adding a level of depth previously unseen in their releases. In Opvs Contra Natvram, there is depth aplenty and, of course, the no-nonsense extreme metal aggression you’d come to expect from a Behemoth record.

There are several tracks throughout Opvs Contra Natvram which are certified crowd-pleasers for their live shows; namely the shred and scream of “Disinheritance”, and the complex closer “Versus Christvs.” The record’s release comes at a very apt time for their headline tour with Arch Enemy, which kicks off in the UK on September 29th. Their headline performance at Bloodstock Open Air on August 12th demonstrated their growth and sheer power as serious icons of the extreme metal genre. Opvs Contra Natvram is another display of this power, and at the minute, they seem to be on a roll.

No album is perfect, however, and Opvs Contra Natvram is no exception. While the record does provide heavies aplenty and is laden with aggression, some tracks don’t entice the feeling of excitement in the same way as “The Deathless Sun”. For example, “Neo Spartacus” offers little new to the table, easily mistakable for coming off one of their previous albums. “Once Upon A Pale Horse” also falls flat when placed between the gargantuan tracks “Off To War!” And “Thy Becoming Eternal”. It certainly belongs in the record and is a solid track overall, but in the last third of the record, you’d expect a bit more meat. Thankfully, the record’s closer – “Versus Christvs” – delivers exactly what a final hurrah should: interesting and stompy guitar patterns going hand-in-hand, interlaced with alluring piano passages and clean vocals from Nergal, make for a strong finisher to a hefty album.

With Opvs Contra Natvram, Behemoth has compiled a mostly captivating record with a ton of potential for future work. Its choreography, overall atmosphere, sheer power, and incorporation of new elements – namely clean vocals, and piano passages – accumulate to create a cataclysmic concoction of musicianship; one only wishes the boat was pushed a little further to make some tracks stand out from their previous efforts.

1. Post God Nirvana
2. Malaria Vulgata
3. The Deathless Sun
4. Ov My Herculean Exile
5. Neo Spartacus
6. Disinheritance
7. Off To War!
8. Once Upon A Pale Horse
9. Thy Becoming Eternal
10. Versus Christvs 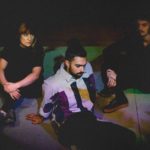 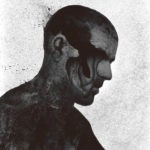