This was a prime example of a truly magical live music experience. The bands were so into this show that it was hard to tell if they weren’t having more fun than the audience. Seeing Sleigh Bells on a lower stage with vocalist Alexis Krauss and guitarist Derek E. Miller getting right up into the audience’s faces as they performed made this evening extra special. This was the best performance I have ever seen from Sleigh Bells, and I think it’s primarily due to this show’s more intimate venue experience.

The venue opened early, and the first opener, N3ptune, hit the stage by 7:30 pm. Hailing from Denver and accompanied by Rusty Steve on 8-string guitar, N3ptune performed a half dozen songs that resonated quickly with the Toronto audience. This was N3ptune’s first Toronto performance. He’s very obviously a dancer; some of his leg extensions and stage maneuvers displayed as he performed were quite impressive. The mix of hip-hop, electronics, and musical choreography left the crowd keen for more.

At 8:30 pm, Ada Rook took the stage on her own. Black Dresses was a Toronto duo consisting of Rook and Devi McCallion until disbanding a month into the pandemic in 2020. Interestingly, since separating, there have been two Black Dresses releases. Rook took the stage, stating she would try and perform the set without the best vocalist in the world (McCallion), and did a quality job reproducing 8-9 songs on her own. Rook has an interesting snarl to her vocals, and the moments she took to sneering at the crowd as the material hit its more aggressive moments were my highlights. Derek Miller watched Rook perform side stage, Black Dresses being one of his favourite bands. Rook dedicated the last song she performed to him.

Alexis Krauss and Derek Miller took the stage with a keyboardist/vocalist and live drummer for this performance, launching into “Justine Go Genesis” to spearhead their set. The audience went nuts. Krauss had to stop their performance after a few songs to check on some girls in the front row who got visibly bounced around during “Rule Number One.” After establishing that they were alright, she asked the crowd to take a step back and went into the mellower “Kids.”

Krauss connected with the audience many times throughout this performance. She was clearly happy to see many in the audience singing the lyrics in unison at the top of their lungs. Miller took to the front of the stage and hovered his Jackson guitar over the audience as he performed. At Krauss’s urging, the crowd sang the chorus for “Rill Rill” as the song reached its crescendo. After a two-song encore with Rook and N3ptune bouncing about on stage with Sleigh Bells, Krauss crouched in front of the crowd, signed autographs, and posed for a few photographs before disappearing backstage.

This pandemic has sucked so much out of the arts; seeing shows like this Velvet Underground Sleigh Bells gig utterly warmed my heart. I’m glad the band honoured the postponed 2021 date and that Toronto was their re-entry into this Texis tour. Krauss mentioned that it was hard to believe it’s been over ten years since Treats was released and that it meant a lot to both her and Derek that they can still perform Treats material for their audiences.

Side note: Released in 2021, Texis is a truly inspired body of work. It’s amongst Sleigh Bells’ very best material. Get out to this tour to see some of its tracks performed live. This Sleigh Bells performance was promoted by Velvet Underground, Indie88 Toronto, and Embrace. 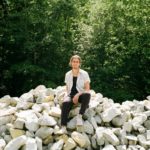 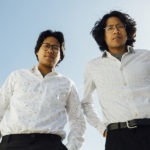