‘Your secret is safe with me’ is a phrase that is tossed around quite a bit, but it just never quite sounds all that sincere. It’s kind of like saying ‘I understand’ when someone is telling you something terrible that they’re going through, that you’ve never experienced and have no conception of. Singer-songwriter Damion is tapping into the subject of secret-keeping, trust, and dependability with his brand new single “Your Secret Is Safe With Me.” Today, we are helping to debut the song’s accompanying music video, a laid-back performance of the song, out amongst the wilderness of the outdoors, with an old-school, 1960s look to the quality of the film and the colours.

The song comes from the singer-songwriter’s debut album Special Interest, which is set to drop tomorrow via Earth Libraries. Like the rest of the album, “Your Secret Is Safe With Me” is smoothy, catchy, and a little melancholy, with a dash of psychedelia and pensiveness.

Describing the song and his motivations for it, Damion shares:

“The song is about secrets, but only because that’s what felt right in the context of the music. I always write the music first, so the mood is typically established there. I knew the last line of that chorus needed to be the hook, and one day a co-worker confided something in me, and I sort of jokingly said ‘your secret is safe with me,’ because to me that phrase can’t be said in a very serious way. But those words just sort of stuck with me, so I decided to write the song around that hook.”

In recording his debut record, Damion took a rather old-school approach to the entire process, trying to preserve the integrity and pleasantness of old-time radio and vinyl records. Growing up, he spent a lot of late nights listening to classic hits radio, both as a child and working as a pizza delivery man. When you hit the wee hours of the morning, they move away from the hits towards the more unique, deeper album tracks from well-known artists, and they also throw in a few one-hit-wonders. Experiencing this night after night eventually inspired him to start writing songs like he was hearing on the radio, recording demos right to his Tascam 488 cassette tape machine. The album has no specific narrative concept except for its retro-focused approach.

Damion really embraced the limitations of recording right to cassette, and it ended up defining the sound and style of the record. Limitations are what he fed off of, and it has made for a special listen, one that balks at modern trends and concepts and embraces the obsolete or even the outdated. 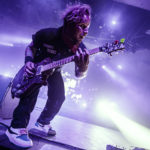 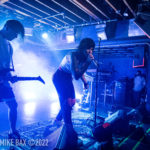