If there’s one style of music that favours storytelling over all others, it may just be Americana. It’s almost like story by song, with the two going hand in hand. We’ve got a good musician and storyteller on our hands today, with the debut of Scott Collins’ latest single, “In The Burgundy.”

Like so many of his other songs, “In The Burgundy” is some good old, authentic Americana, reciting a true story of an emotional night he spent in Los Angeles. It’s the title track to his brand new EP, which also happens to be coming out today via Mr. Pink Records. As he does with each of his songs, Collins flies high with his comforting, authentic songwriting that is unmistakably him, expounding on his life experiences and his highly relatable personal anecdotes of life on the road as a travelling musician.

With more detail on that special night, Collins tells us:

“The title track off my new EP called In The Burgundy began as a spontaneous trip to Los Angeles to see a girl and culminated in my last night in town alone at a local dive bar The Burgundy Room in LA. This is where I wrote a poem which became the chorus of the song. Circumstances leading up to, during and after the trip are sprinkled throughout the verses making it a poetic version of a true story. Plus the song is a ton of fun!”

We previously got to know Collins a little bit a couple of summers ago when we helped bring you the exclusive premiere of his “One Sick Man” video. That was from his Headed North EP, with In The Burgundy the follow-up to that. The creative process behind In The Burgundy was a special one, a very close collaboration between Collins and his close creative partner, Chris “Frenchie” Smith, the Grammy-nominated producer who has previously worked with The Dandy Warhols, Built To Spill, and Jet.

For this album, they added multi-instrumentalist Einar Pedersen to the fold, forging a dream team of collaborators, with Pedersen in particular really helping Collins’ growth as a songwriter. The album track “Be Alright” was written a decade ago, but it wasn’t until Smith and Pedersen helped develop the track that it became fully realized. With skillful production and well-executed songwriting, you can’t help but dwell on Collins’ exceptional lyricism and laudable songwriting. 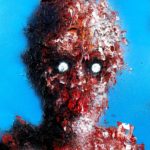