“The doctor will see you now…” The hospital emergency room has never been so lively and energetic as it is in Reckling’s brand new music video for “In My Hair.” The song is a sample of what’s to come from the band’s upcoming EP Human Nature, which will be issued on August 12th.

In the meantime, we have this outlandish new video clip to keep us entertained, a bit of a manic experience that literally takes you right into the head of the dynamic and charismatic frontwoman Kelsey Reckling. Something of a supergroup, Reckling has helped unite a powerhouse punk rock quartet, made up of members of FIDLAR, Together Pangea, and Paramore/HalfNoise.

“This song is a true story about obsessive thinking and the back and forth of indecisive feelings, where you’re trying not to let emotion override rationality, and you end up seeking out answers from a psychic.”

Despite the raw and rough nature of their sound, what you hear on “In My Hair,” and what you’ll hear on Human Nature is a lot more measured and finetuned than what listeners had come to expect from Reckling. In fact, Human Nature is a bit of a special occasion insofar as the group actually recorded their new songs in a recording studio, rather than just putting them down on tape and releasing them as they did for their self-titled debut in 2018.

This EP is even louder, more boisterous, and if you can believe it, more alive. The goal of recording Human Nature was to illustrate how the band has evolved, and also to emphasize how they sound in a live setting. Mission accomplished on both fronts, as Reckling is absolutely shot out of a cannon, evolved, and ready to win over a whole new legion of punk rockers. 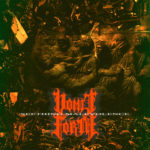 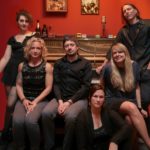