It’s been over 20 years since Rage Against The Machine (RATM) embarked on a full-scale world tour. In 2020, that tour was to take place, but as we all know, that was not to be. Fast-forward to 2022, and the boys hit the road after two years of postponements. Early in the second show of the tour in Chicago, frontman Zack de la Rocha injured his leg. He couldn’t continue the show standing on the leg, so he sat or leaned on various pieces of stage gear to get through the last hour of the set.

He was not letting this setback derail the machine that they’d finally got rolling. On the subsequent shows leading up to and including the two Toronto stops, he had taken center stage sitting on a large road case where he growled out the poignant and hard-hitting lyrics the band has been known for since 1991.

The energy in the sold-out Scotiabank Arena in Toronto was something you’d have seen at a Lollapalooza show in the early ’90s. The general admission floor section was in constant motion, a sea of bodies ebbing and flowing, hanging on every monster riff, thunderous beat and socially critical snippet of de la Rocha’s vocals. Opening with “Bombtrack,” “People of the Sun,” and “Bulls on Parade,” it was clear the band wasn’t saving anything for later in the show. It was all now, no bullshit, and in your face.

The 17-song setlist was wall-to-wall hits. If you listened to rock radio over the past 30 years at all, you’d know every single one of them. The crowd was definitely completely plugged into this show. The looks on the faces everywhere were ones of “I can’t believe I actually get to see them playing live.” It’s an emotional trigger when something so old, so familiar, that takes you so far back to relive the good and the not-so-good times gets laid out before you on stage in such a powerful way. De la Rocha let the crowd do some of the singing, and it was deafening. Tears of joy were shed.

It was a stripped-down stage with nothing more than their gear, some cameras, and a giant video wall behind the band with lights both shining through the wall from behind it and lights above. They didn’t need anything else. They had their hits and the energy of the fans. Guitarist Tom Morello was on point as always and delivered all of his trademark otherworldly sounds and energy. As de la Rocha was confined to his perch for the show, Morello spent much of his time sidled right up beside him, where de la Rocha could feed off his energy and put his all into the show.

After de la Rocha left the group and RATM broke up in the 2000s, the rest of the band formed Audioslave with Soundgarden singer Chris Cornell. And that supergroup delivered three albums of solid material and years of live shows. After disbanding Audioslave in 2007, there were a few years of RATM reunion with sporadic live performances worldwide. After another hiatus in 2011, Morello, drummer Brad Wilk and bassist Tim Commerford once again put together another supergroup in Prophets of Rage. The vocal duties were shared between B-Real from Cypress Hill and Chuck D from Public Enemy.

The band released material and toured for a few years. Having seen Audioslave and Prophets of Rage over the years, their respective singers were uber talented and spectacular to watch live. But RATM as a fully intact unit is another thing altogether. De la Rocha singing RATM songs as they should be sung brought back the secret sauce that was missing for all these years. Snarling, demanding, monologuing, declaring, shining a light on injustices of our times, back at the beginning and today, de la Rocha has returned and not a moment too soon.

The foursome finished up with “Killing In The Name” as the whole place erupted in unison, roaring out the still timely “Fuck You, I Won’t Do What You Tell Me” chorus over and over. While the song was still going, the house lights came up to reveal everyone sharing the defiant moment together. It was glorious. Get yourself to one of their stops on THIS tour else you’ll regret it. 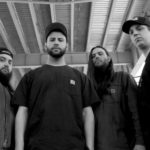 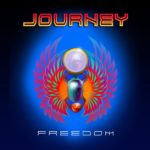