My Editor hates it when I break albums down track by track, and I’ll spare you the mindless drivel, but sometimes it’s hard to give an overall opinion on an entire piece of art in such a condensed state. Much like the album cover will or will not dictate the sound. It’s like pushup bras or a roll of socks. What do you see? When you look at the cover, do you feel elated hoping joy is inside? I’m hoping to turn this trip into a journey (see what I did there), so let me start by saying this album is about as close to the sounds of teenage love as you’ll ever get again. It’s all in there. Stuff that makes your heart flutter and look forward to the evening, starting with you and your crew, then later a rendezvous with her alone. You can’t sleep, you can’t eat, your mind… is in deep. Owner of a lonely heart… so the story goes.

I’m going to explain this in a very basic teenage perspective that’s going to age along with the Freedom album. Curious, animalistic emotions come out when you first fall in love. “Together We Run” is pure deja vu of becoming intimate, no matter what age, with the belief that all that glitters is gold. You have no idea whether you’re standing on the edge of a cliff that can drop off at any second, or be transformed into an elevator. “Don’t Give Up On Love” is very reminiscent of “Separate Ways,” which assures you that you’ve made the correct decision with its majestic upheaval of love triumph. There’s nothing wrong with the intro being a blatant rip-off of “Separate Ways” because they wrote both songs or something like that. They would never be able to play the songs back to back live, but deep down, they’re two completely different cuts.

The album’s length grows weary and isn’t always going to be killer. It isn’t that the songs are bad, but the band stretches into some awesome territories that are unexpected. Simply, it isn’t old Journey, and it’s not new Journey, and you can’t compare the two. It’s a new band with an old attitude that still kicks ass.

Here’s the part we’re going to fast forward through as quickly as possible, highlighting some of the best. Ready? Hold your breath… Summertime lovin’ doesn’t care if it’s been six days, six months, or six years but “You Got The Best Of Me” will ring out in your head anytime, anywhere, no matter who you’re with. If children are involved, it makes perfect sense the band has sold their souls to parenting and grandparenting, as “Live To Love Again” is easily the soundtrack to any Disney movie. There’s full-on prince climbing mountain soundscapes in the song, and once again, Neal Schon tears out girls’ hearts with his heart-rippin’ riffage.

But let’s bar back into those lonely, lonely nights where there’s still leftover residue or “Afterglow” of recent memories. Last call, and you jet off into the pouring rain with determination because you gotta, gotta have it just like a rabbit. Lord have mercy! Rise and testify, good people! Randy Jackson is laying down the bassline with so much groove, weaving in and out, wiggling his fingers upon exit; everyone, please check your pockets and the whereabouts of your women. “Don’t Go” is as classic Journey as you can get reminding you that you fucked up big time and better fix your shit, whereas “Life Rolls On” is a jump onto the freeway of the future, letting you know the party isn’t over and you still have plenty to celebrate. The song seriously reminds me of Steel Dragons’ “We All Die Young.” and it’s an anthem sure to fill stadiums, Facebook, TikTok, YouTube, and soon, your bedrooms.

In closing, we don’t want to kill stadium rock. There’s still a wide-open future with so many great bands to see. We all have that one band that when you discover they’re coming to town, you call everyone you care about and say, “are we going?” Stay in love, stay connected and stay strong. Journey will always be there when you need to laugh, cry, or rock, and they will always rule the universe! 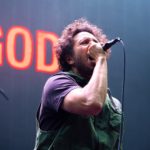 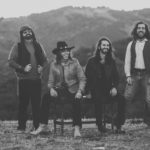