In the three years since London metallic hardcore band Ithaca dropped their game-changing debut, The Language of Injury, the UK has seen an explosion of vitriol-filled, boundary-pushing groups. However, listening to the new singles the Londoners have been teasing us with in the run-up to the release of They Fear Us, it was obvious that this record was going to raise that bar tenfold.

And raise the bar it does with each track dripping with beautiful fury. An album written to fuck with every notion you have about heavy music, from the moment “In The Way” unapologetically slices through the air, They Fear Us is going to twist and stab at every nerve and sense you have. A record as seething as it is soothing, They Fear Us also sounds more focussed than their chaotic debut. Not that there was anything wrong with the chaos-laced hardcore of said release, but by fine-tuning the core of their sound, every jarring, pulsating moment of this record feels even more potent.

Fronting the band is the stunning Djamilla Boden Azzouz, whose performance on this record is simply sensational. From her throat-ripping roars on tracks like “Fluorescent” to the dreamy cleans with which she peppers this album, the depth of her range is phenomenal. To be fair, though, given the experimental, boundary-shattering nature of tracks like “You Should Have Gone Back,” where her bandmates switch from dreamy passages to the kind of unhinged outbursts that can strip paint at fifty yards, anything less than 150% from the vocalist would have been doing her bandmates’ creativity a massive disservice.

A recording that shows off the more experimental side of their personalities, as utterly face-melting as material like “Camera Eats First” and “Cremation Party” is, every moment of They Fear Us sounds like a band who are comfortable stepping out of their box and kicking down the musical boundaries normally associated with metallic hardcore. Furthermore, everything feels like the group have tightened up the sound, with the result being an album that announces the Londoners’ return, and nothing will hold them back.

They Fear Us Track Listing: 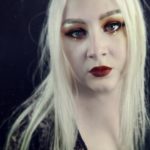 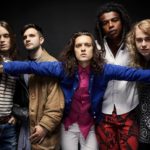