It’s a relatively appropriate life lesson for a lot of situations that arise; the tighter you hold, the looser your grip becomes. Which is at issue today with the Czech Republic’s Faana and our debut of the music video for his latest single “Stop Running.”

Faana, a recent signee to the great Marquee Records, has put together a highly entertaining indie rock track that describes the emotion of squeezing as tightly as you can onto a relationship that’s slowly slipping through your grasp. As you begin to hold on tighter, the “sand,” so to speak, just starts coming through your fingers even faster. “Stop Running” is a fun song, inspired by 1970s retro rock, and featuring that unique contemporary appeal that helps it fit perfectly alongside today’s best indie sounds.

Discussing what the song means to him and its origins, Faana tells us:

“‘Stop Running’ is a strange song for me, as I have never really defined what it is about. Generally, it speaks about rushed decisions and a relationship in which one side (in this story, me), tries to make the other one stay. It’s a call to think twice before we make an important decision, as sometimes we might be experiencing emotional backlash and not see clearly what the wise choice would be.

“I wrote this song on one of those lazy days. I woke up around 11 am and didn’t even open my eyes or change clothes. I just flopped on the side of the bed where my guitar was resting, as I was probably practicing the night before, and started playing them chords – f#m, E, bm. It was a loop, and I was jamming over it barely awake. Then the melody emerged and the lyrics followed. The whole thing was done in about 20 minutes and I never changed it much, one of those lucky days because it’s precisely this song that got me signed to Marquee Records.”

Regarding the video, Faana continues:

“Then we come to the video. About a month before the shooting day, me and my girlfriend were having a cup of coffee, chatting about James Cordon’s comedy shows and the Crosswalk concert he did with Harry Styles. By that time, I already had an entirely different plan and script for the ‘Stop Running’ music video, but suddenly my girlfriend said, ‘Crosswalk vibe, that’s what ‘Stop Running’ really needs!’ I paused and went, ‘You’re right. That’s it!’ I immediately envisioned the whole thing, grabbed my phone and swiftly reorganized the shoot.

“Filming the ‘Stop Running’ music video in the middle of a crosswalk in West London was a lot of fun. Despite the name of the song, it involved a lot of running, especially for me and Kat (videographer). To make it a bit more interesting, the Bluetooth speaker, that we played the song from, stopped working about an half hour in, and we had to rely on a pair of Bluetooth headphones. For the most of the shoot, Simon (drummer) was the only one hearing the music and the rest of us were just pretend-playing following his lead. Despite all the technical difficulties, and thanks to Kat’s brilliant work in post-production, we managed to create this cheeky, dynamic little video and hopefully lift the song to another level!”

You could say that music literally runs through the veins of Faana, an individual who was already destined to wind up where he is today. He has been on tour since he was five years old, as he’d accompany his musician father on the road when there were gigs to play. By the age of 10, Faana was playing guitar, and by his teenage years, he was forming his own band. While enrolled in university, studying music in the Czech city of Brno, the opportunity to join a band in Austria arose, and Faana followed his dream which resulted in five years of almost constant touring around Europe. This period really convinced him that he was destined to be a professional musician, so he moved to London, and was eventually spotted by Marquee Records scouts. Which brings us to the present day, with Faana ready to prove why he is one of today’s most exciting new indie artists. 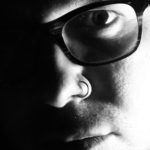 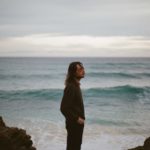