Andrew Adkins, hailing from Nashville (not to be confused with the eponymous singer-songwriter from West Virginia), established himself years ago with two groups, Mellow Down Easy and Lions For Real, both of which eventually imploded after nearly a decade of touring and recording. In the wake of that, Adkins delved into solo work, releasing his debut Glass Castles in 2016, and follow-up The Echoist in 2020.

Adkins’ work is reminiscent of the likes of Jack White, Stevie Ray Vaughn, and Jonathan Wilson, but maintains his own unique sound. What separates him from the Nashville crowd is his exploration of electronic aurascapes and patterns that either belie or overlay the sonic landscapes he creates. At times it can feel more like Beck (“Broken Fangs” and “Mysterious Engines” offer up enough proof on that front) than the overt bluegrass rock and roll that has been dubbed “roots-influenced, neo-psychadelic rock.” It fits, to be fair.

Rattlesnake Motions has more groove and funk on it than one might initially expect. “Death Rattles,” for instance, positively struts, as if it was Peter Gabriel from his Steam era. “Quebrado,” while more reflective, still whips its hair and flicks its wrists as it takes the listener through a tribalistic, DMT sequence of aural pleasure. These and many more offer up a vision of rock, electronic, soul, and blues melded together in expert arrangement. It’s a riveting listen and offers a fresh take on a genre that’s seen far too little experimentation in recent years. 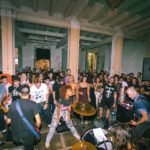 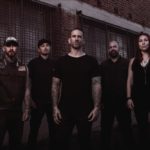