Fronted by singer, songwriter and producer Maya Damaris and joined by guitar virtuoso Steven Blessing in 2019, London-based alternative rock band, Wax on Water, have pulled together their two previously released EPs—The Drip – Part 1 and The Drip – Part 2—into one with the end result being this ambitious sixteen-track package, The Drip.

Now, given the musical backgrounds of both members of Wax on Water, it comes as no surprise to find that the material is best described as eclectic. Opening with a melancholy intro, “Prologue,” the mood stays somewhat dark throughout the remainder of the album. A neatly woven blend of electronics, industrial rock, goth and pop, the first half of the collection consists of four tracks plus the intro. Exploring themes around relationships, revenge and the darker side of love, the haunting, enchanting vocals of Damaris mixed with the dark alt-rock sound created by Blessing, make for an almost hypnotic listen. Lyrically, the whole package works perfectly for what it would seem are songs that come from a very personal place.

Having put down the foundations for this album with the release of the first EP, The Drip Pt 2 picks up where the first part left off both musically and theme-wise as Damaris uses her platform to explore darker subjects like depression on the painfully honest “Dumb Me.” Further along the journey, Damaris is more reflective on the “The Tree” where she questions her life and purpose after the death of her father. Another brief interlude brings you to the title track and the final track on the record where Wax on Water brings together all their influences together for one last dance through their eclectic world.

At fourteen full tracks (and two instrumentals), The Drip is a lengthy, ambitious effort. Given the personal nature of the themes, it’s also a deeply emotional one. If you’re a fan of the two EPs which make up the majority of this album already, Wax on Water has now pulled it all together into one convenient place meaning that you can now spend the entire duration of this work giving it the attention it deserves. 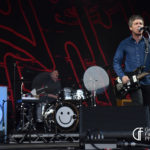 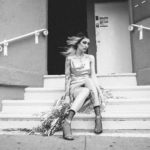