We’re about to give you a real “rise” today, with our unveiling of Boy Deluxe’s brand new song “Left Behind.” Continuing their string of standout singles since the release of their six-song EP Risen back in the fall, the LA dark pop duo has successfully served up an alt-pop gem here, centred around standing up for yourself when insecurity rears its ugly head, and you feel in the crosshairs of people’s judgements.

This highly fruitful collaboration between True Murra and Hope Simpson, both previously of electro-rockers Ever-So-Android, really stands out thanks to the former’s pinpoint production and the latter’s brooding, moody vocals and lyrics. In writing and recording “Left Behind,” the duo really derived inspiration from their tendency toward pop, alternative rock, and electronic music.

Commenting on the song, the duo states:

“‘Left Behind’ is the newest single in our string of monthly releases, an alt-pop anthem about standing up for yourself in the face of insecurity and judgment. Originally written on a Fender Rhodes, it came to life with True’s signature production and Hope’s brooding vocals.”

Murra and Simpson have been writing and performing as Boy Deluxe now since 2020 when they rebranded themselves and embarked on a songwriting mission that would see them write in a new style that would truly capture their creative evolution as songwriters. It was time for a change; after years of experimentation, they finally acknowledged that they were on a different musical path and only a new name and songwriting identity could capture this progression.

Written within a time of great personal and global change, Murra and Simpson found that the best method for the anxiety that came during this time was to write and create. Risen is their reflection on grief, loss, and mass indignation, a record that is a commentary on how they have dealt with a world in flux, operating during such uncertain times. On the more positive side of things, the songs are also focused on personal reflection, hope, and rejuvenation.

With the creative juices flowing so freely, expect another new batch of songs from Boy Deluxe later this year. 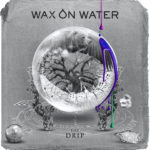 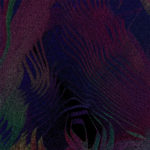