Heavy metal is not just a genre of music, but a culture of people worth celebrating, which is exactly what goes on with each passing episode of the Vulgar Display of Podcast. The show is about metal, hosted by people who love it and can’t get enough of it. Aside from talking about the best new metal, and of course the classics worth remembering, the show also welcomes many noteworthy guests from some of the genre’s greatest artists.

This week, the podcast welcomes Scott Mellinger, guitarist of longtime metal mainstays Zao. Zao have been kicking out the jams for 25 years now, with Mellinger joining shortly after the band’s formation. Their last record The Crimson Corridor was released in April 2021, a collection of 11 new songs and over 60 minutes of music. It features plenty of the band’s signature bludgeoning riffs, with darker lyrical themes, thanks to some hard times the band members were going through at the time of recording. The Crimson Corridor was actually delayed for nearly an entire year thanks to the pandemic. While in isolation for that time period, they continued to play around with these tracks, spending a lot more time ensuring these songs would fit within our current social and political climate.

When asked how important his music is to him, Mellinger said:

“Honestly, it feel like it’s saved everybody’s in the bands life in some regard. I think that being able to express yourself in any way creatively is when you are that type of person it’s almost like a necessity. It’s not like, ‘oh I might have to do this.’ It’s like, ‘no I have to do this.’ I know that with all of us it’s like music found us in a time when we really needed it and throughout all of my life outside of my family there’s really not much else that can keep you centered, motivated, and wanting to be here.”

For this installment of Vulgar Display of Podcast, the crew spoke with Mellinger about all things Zao, the band’s influence on the scene throughout the years, touring, and recording during the various pandemic-related lockdowns. 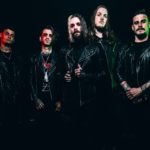 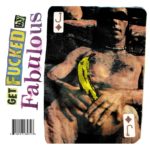