There is no ignoring the fact that, whether you love him or loathe him, John Lydon is a punk rock icon and, judging by the number of punk rockers in the Leeds O2 Academy as Public Image Ltd arrives in town for the second date of their UK headline tour, there were plenty of people pleased to see him back in Yorkshire.

An interesting night and very different from his days fronting punk rock troublemakers the Sex Pistols, there was no spit-flying or pint throwing, with most of the audience content to just sit and nod their heads along to the experimental nature of PiL’s material. It was a strange audience, too, from mohawked punk rockers who’d been around with Lydon since the days of the Pistols to the mortgaged with 2.5 children mums and dads who had maybe outgrown the days of their punk rock rebellion but still had it running in their blood.

Whatever your situation, there were plenty of chants for “G’waaan John…” as the iconic character stepped out onto the stage with a half sneer/half smile on his face. “I had a fuckin’ great time in Leeds when I came here on the book tour,” he joked, recalling his last visit to Yorkshire and, with a seventeen-song set comprising just of PiL classics (aside from a cover of Leftfield’s “Rise Up”), Lydon and his band made sure their latest visit to the county was just as memorable.

Our photographer joined the punk rock masses in Leeds, and you can check out the photos below. 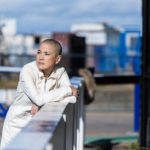 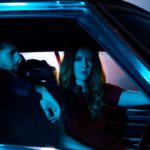