On June 10th, London-based Japanese singer, songwriter, composer and producer Mieko Shimizu released Phenomena of the Mind. The EP consists of a re-mastered selection of songs taken from the album of the same name, Phenomena Of The Mind, originally released in 2006, a year after the London terror attacks. Following the release of the EP, the Japanese singer has now released the video for the title track to the EP, and we are premiering the video below.

In the title song, “Phenomena of the Mind,” her intense Japanese rap echoes the deafening noise of the chaotic streets we walk each day. “Visualise,” she said, try to imagine a way to fight your way out of this ominous, dystopian world. Further inspiration for her work comes from the “twisted sound of broken down London town.”

Talking about the track, Mieko explains:

“While walking through the crowded streets of London one day, I found myself immersed in countless waves of people, flowing like a river, I suddenly felt like I was existing in another dimension and moving through transparent crowds. I felt that this had happened to me before, exactly like this but how could this be possible? Had I made this happen by the power of my own imagination.”

A powerful video, the inspiration from the video comes from a chance meeting in her local greengrocer. “I wanted to explore the relationship between them and found bending of the body like the bending of the mind was beautifully expressed through the movements of a contortionist’s body. Iconic perfection of mind and body bending harmony. When by chance I met a contortionist called Carla, in my local greengrocers, I knew my visualisation had come true.”

Having emerged onto the UK electronic scene as her alter-ego, Apache 61, Shimizu continues to push boundaries with her music, so it only seems fit to leave the final word to the artist herself:

“If I ‘visualise’ something strongly enough, can I make it happen? Was this ‘déjà vu’? Or all was the Phenomena of my Mind?” 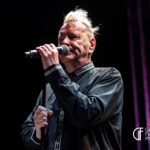