When you’re listening to Bruno Capinan’s music, you’re hearing their life story. The Toronto-based singer-songwriter released their fantastic new record Tara Rara last month, a spiritual, intensely personal collection of songs intended to connect listeners to the roots of their ancestors. Throughout the album, Capinan does a lot of reflecting and looking back to their birthplace of Bahia, a northeastern state in Brazil, and the painful past of the Atlantic Slave Trade. The songs are like stories, travelling from Africa to Brazil, trying to make sense of the good and the bad of the latter country’s cultural heritage. As a non-binary individual, Capinan goes to great lengths to ensure that gender and racial justice are in prime focus throughout Tara Rara.

Musically, Tara Rara is brimming with energy and appeal. The songs are sung in Portuguese, but they are perfect for dancing, complete with lush arrangements perfect to make you get up and move. The album features a mix of layered vocals, highly percussive Brazilian instruments, synthesizers, electronic programming, acoustic guitars, and even a string orchestra. Working with acclaimed Ukrainian-Brazilian producer and songwriter 17-year-old Vivian Kuczynski, Tara Rara an incredible meshing of styles and sounds meant for all ears of all backgrounds and cultures.

With such a moving release, Capinan was compelled to share with us their personal story of how this album came to be in a very special guest blog, detailing Tara Rara’s roots and motivations, their own racial and/or cultural awakening, and why it the album was released specifically on May 13th.

“I went from pain to pleasure. From darkness to luminosity. From the screams of the holds of slave ships to today’s Brazil, the one of the modern slave ship. I wanted to sing about desire, carnival, and nostalgia. I reimagine the first Black feet touching the sand of the beautiful beach in Bahia, the feet of the colonizer, the ‘gods and goddesses’ who inhabit the depths of the sea. The possibility of a love story in the darkness of the sea. Singing is still what we have left.

One morning in 2020 I woke up to verses by (poet) Castro Alves, echoes of a slave ship, and I remembered a story told by my aunt, my mother’s older sister, about my Black great-grandfather ‘who hated Black people.’ I was imagining his suffering of hating himself. I imagined two enslaved men on a slave ship, and the possibility of a love story between them amid cruelty and torture. The two united by the mere desire to exist and separated by history.

From this rare image of love between enslaved men, in the recreation of the Africa-Bahia crossing, I chose to launch Tara Rara on the 13th of May, day that marks the abolition of slavery in Brazil (the last country to do so). Also, as a way of honouring my great-grandparents and my great-grandparents. Between the sounds of the drums and the drumming of Black bodies, between the most inhuman of the inhuman circumstances and my destructive family past, the songs of Tara Rara were born.

I came to understand what racism causes in the mind of a black person only after moving to Canada in 2002, when I found myself in an English-speaking country being followed by the police. Or whenever I was rejected by white gay guys who already in 2002 expressed their preference for the heteronormative white standard. It was far from Bahia, far from my people, in the absence of a Black culture, that I saw myself even more Bahian. I came to understand the suffering of my parents, and of those who stopped being themselves so that I could exist as what I am today.

I invited rhythmist, Marcelo Costa, to play the drums, Bem Gil for acoustic guitar, an orchestra of multicultural Torontonian musicians, and Ukrainian-Brazilian producer, Vivian Kuczynski, to lead us. It was this union of three generations that ensured the sound of Tara Rara. Only a 17-year-old gay teenager could redirect my ideas to a less obvious place. We recorded between Toronto, Rio de Janeiro, Bahia, and Melbourne. I made this record, the sixth in my discography, with financial support from the Canadian Council for the Arts, FACTOR, the Ontario Arts Council, and the Toronto Arts Council.

Perhaps Tara Rara is my most optimistic album of all because I wanted to reclaim my past, and the past of those who look like me. In Buddhism, Tara is a saving deity who frees souls from suffering. She is recognized as a bodhisattva (‘essence of enlightenment’) the mother of buddhas in esoteric Buddhism. Interestingly, my nickname as a child was buddha. I told Vivian that Tara Rara had to be a mystical Bahian record of a nostalgic queer singer. I left Bahia, but Bahia did not leave me.” 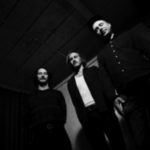 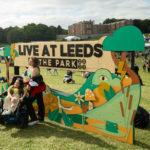