To harness, control, and utilize sound in the way that Yoo Doo Right does takes a special kind of talent. Words and lyrics don’t have to be the driving force when you have dynamics like this at play, which you can hear for yourself today with the unveiling of the band’s brand new record, A Murmur, Boundless to the East.

The Quebec experimental psych rockers have laid it all on the line with this new five-track effort, which will be formally released tomorrow via Mothland. If anything, this set of songs emphasizes one major thing; the spectrum of sound is infinite, and this impressive trio is able to travel places sonically that few others do. The album combines noisy, melodic guitar with expansive, synthesizer-driven soundscapes, deep bass grooves, and precise percussion to create a highly unique listening experience.

Commenting on the overall theme of the album, guitarist and singer Justin Cober says:

“Gritted teeth, suppressed anger, the original title was going to be A Murmur of Suppressed Anger, Boundless to the East. I like the imagery of this. Boundlessly eastward, eventually you end up right behind yourself and all along the way people are muttering their anger at it all under their breath. I wanted to put forward the idea of quiet discontent… or rather, anger that can’t be fully expressed for countless reasons.

“This is a more patient, more cohesive build than what we have done before.”

Depth is essentially the cornerstone of Yoo Doo Right as a band. They are more than just a traditional act though, they are masters of sonic exploration who look to embark on musical adventures that extend as far and wide as possible. They assembled an impressive team to help them produce this record, working with the highly regarded engineers Seth Manchester and Matthew Barnhart, as well as Radwan Ghazi Moumneh (Suuns, Ought, Fly Pan Am) at the world-renowned Hotel2Tango recording studio in Montreal. The record also features musical contributions from violinist Jessica Moss (Thee Silver Mt. Zion Memorial Orchestra, Tralala Band, Black Ox Orkestar).

As the band’s sophomore effort, A Murmur of Suppressed Anger, Boundless to the East really affirms Yoo Doo Right’s place as amongst today’s most compelling psych rockers. 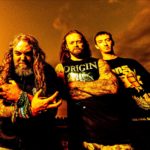 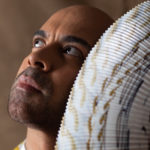