If you’re feeling a little solemn, maybe a little down, perhaps a little uneven, Afton Wolfe is here for you with the new music video for his latest single “Late Nite Radio.” A song certainly made for “late nights,” this is one that will really resonate with all of you pensive types who want to feel something when they listen to music. Slow burning and moving, in all of the right ways, it has an old-timey melody, and an old country vibe about it, both affecting and passionate.

Wolfe originally recorded “Late Nite Radio” while he was putting down the tracks for the record that ended up being Petronius’ Last Meal. Unfortunately, those recordings were lost, and Wolfe has yet to fully recover them. Fortunately, “Late Nite Radio” was fresh enough in his mind to make something truly memorable out of it.

With a word on the song, Wolfe says:

“‘Late Nite Radio’ is a song from another lifetime finally recorded properly. The song is about letting go of someone and trying to find anything to keep the connection at the same time.”

The accompanying music video goes well beyond most modern video clips, and its concept is reflective of the song’s theme and tone. As Wolfe explains:

“This video is a creative collaboration between Anana Kaye, her husband Irakli Gabriel, and myself. They are brilliant artists and creators, and together we decided to do a kind of ensemble story about three different people who are going through life-changing moments. It’s framed by the fact that they’re all listening to ‘Late Nite Radio,’ of which my character is the DJ. Tom Mason, Laura Rabell, and Irakli Gabriel all did fantastic jobs drudging up painful memories and feelings to make this happen for me. All three of them suffered a great deal emotionally for this to be made, and they’re heroes.”

Wolfe has really been getting on a creative roll lately, with “Late Nite Radio” the A-side to a two-song single that he released last week, alongside “So Purple.” The latter song is more of a psychedelic blues song, with both tracks feeding off of each other, while showing two very different sides to Wolfe as a songwriter. They’re exciting additions to his discography, which already includes the aforementioned Petronius’ Last Meal and his debut full-length Kings For Sale. Armed with an awesome backing band, Wolfe is currently out on the road, emotionally connecting with audiences in only ways he can. 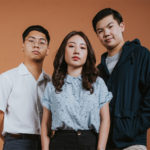 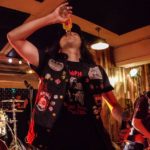