Accompanied by an animated music video, Toyko, the collab between Los Angeles-based songwriters/producers Matt Wiggers and Zac White, has dropped a new single titled, “The Void.” The song was inspired by the NEAR Extinct Heroes(NEH) NFT lore and is the very first single to drop via NEH Records, the label founded by music marketing expert Anthony Pacheco, and Isaac Wilson, vocalist of the Dwellings (Tragic Hero Records).

According to a recent press release, the song “…inspires listeners to overcome the darkness of the world around them.”

“‘The Void’ tells the story of being born with innate flaws into an imperfect world, but realizing we are too special to let that bring us down. Inspired by the lore behind the NEAR Extinct Heroes universe, I wanted the lyrics to make the listener feel empowered. Overcoming tyranny, and becoming the victor of your own narrative are recurring themes throughout the song.

“It’s interesting, my approach when writing the lyrics was very much from the perspective of the Heroes in the NEH lore. However, as I continued writing the song, and now as I listen back, I think what started as a fictional story now resonates with a very real message. Don’t give in to the darkness of this world, find the light in yourself and become your own hero.” 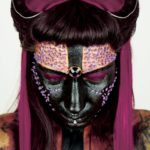 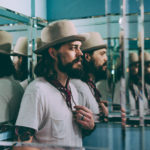