A large part of the pride and joy that is THE SOMNAMBULIST is the lawless and unconstrained approach to their craft, with over a decade of proof to back it up. Just listen to their new single “Not a Song for You,” for instance, a frenetic, unconventional, vociferous approach to songwriting, that harkens back to the days of classic alternative when passion and fury were favoured over congenial, radio-friendly sounds.

“Not a Song for You” will be formally released this Friday via Slowing Records, a first sampling of what’s to come on the band’s next EP, with a title and release date on the way soon. The out-of-tune guitars and the sonic dissonance will absolutely mesmerize you, as the song builds to its intense, emotional conclusion.

“I have no idea what this song is about. It’s a love song that denies itself and neglects the same object of its own desire. So go figure.”

The Berlin-based trio defies musical classification, and it’s all by design. They are some of the most authentic musicians you’ll ever find, always reaching for new heights of originality and creativity every time they set out to record new music. Just as “Not a Song for You” reveals, there are a lot of influences at work here for a band that seems to effortlessly dance back and forth between alternative rock, experimental pop, and jazzcore music. They’ve been finetuning this sonic landscape over the course of four albums, released since 2010, all redefining the band’s musical capabilities.

For this year, THE SOMNAMBULIST has two EP releases planned, their first new studio material since Hypermnesiac was released in 2020. In the musical landscape of THE SOMNAMBULIST, there are no formulas or rules; none of their songs sound the same as each other, and unconventionality is the preferred approach. It’s all about the road less travelled, which is right where you’ll find this dynamic, bohemian group of passionate innovators. 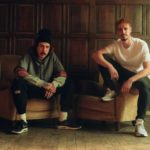 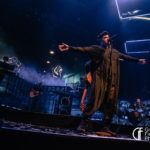