“Are they here? Are they in the venue?”

These words were on the lips of everyone in front of Massey Hall before this performance – fans hoping for a glimpse of Alex Lifeson and/or Geddy Lee on this first night of two special Primus performances of Rush’s seminal A Farewell to Kings album. It was hard to spot them, but Lee and Lifeson were in the venue tucked away side-stage for the album’s entire performance. The biggest smile I saw all night was on Alex’s face, perched upon a stool tapping his hands in front of him in rhythm to every song.

Vancouver openers Black Mountain performed a quality set of material under almost no light whatsoever. Their heavy vibe of seventies-inspired material seemed to work well with the vibe of the evening.

Before “Closer To The Heart,” Primus frontman Les Claypool addressed the audience by showing off his Rickenbacker bass and sharing how he’d always wanted one but didn’t have a reason to get one until the band took on performing A Farewell to Kings. Claypool mentioned how vital the All The Worlds A Stage record was to him as a teen, buying it from a Columbia House record club mailer primarily because it was a double album and more bang for his buck. He then assured the audience they were thrilled to be playing the album live for Canadian audiences. He and guitarist Larry “Ler” LaLonde and drummer Tim “Herb” Alexander had rehearsed the hell out of the material.

He wasn’t lying either; the Primus interpretation of A Farewell to Kings was lovely. I missed “Cinderella Man” (photographers have to clear their gear from most theatres and stadiums after they shoot) but got back to my seat for “Madrigal” and “Cygnus X-1.” The final song featured a fabulous projected video clip of a customized Primus boat/ship, complete with a puffy happy face on the ship’s chimney, Primus along the bow and Rocinante adorned across the stern. Fans watched this comical ship spiral into a massive black hole as the band flawlessly performed the classic track. 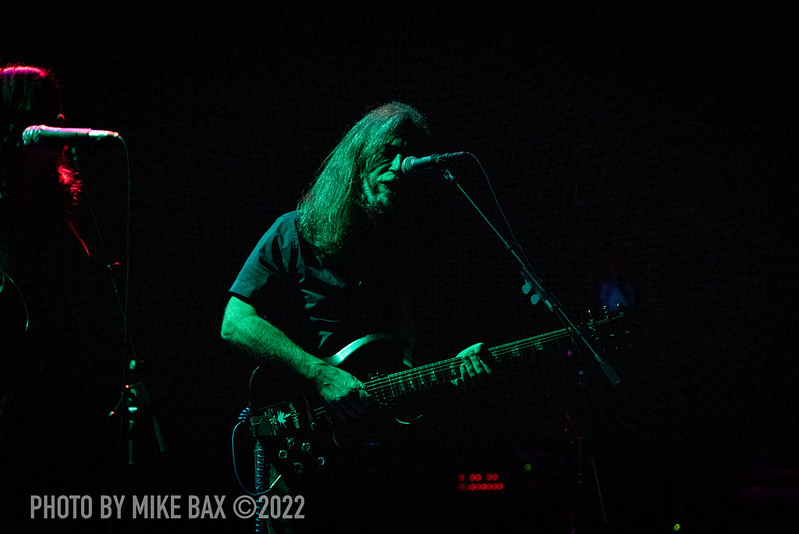 It was entertaining to watch Claypool and LaLonde repeatedly turn around to face the projected animations on the screen behind them as they performed A Farewell to Kings. It was like they were in the same awe and wonderment as the rest of the audience in Massey Hall, performing on the same stage that Rush had performed on decades before them. This was also my first time in the renovated Massey Hall. Wow! No expense was spared in revitalizing Toronto’s most beloved live venue. The seating configuration on the main level and the bar area and washrooms on the second floor were truly impressive. The restored stained glass windows adorning the surrounding walls of the venue make it a truly stunning atmosphere to witness live performances.

Claypool took the stage wearing a pig mask for several songs in the first set before attacking an amazing-looking stand-up bass with a bow. When he walked about the stage in the mask, it looked like something out of a Monty Python silly-walk skit. What strikes attendees of a live Primus show has to be the tone of the instruments. Throughout the entire performance, there was a high level of proficiency apparent throughout every song performed—the playfulness and musicality of the band made for an extraordinary evening indeed. Primus music and visuals tend to skirt the outer rims of the mainstream; much of their material would confuse fans of pop 40, but for everyone in the venue tonight, the vibe was a magical one. The performance ended with “Wynona’s Big Brown Beaver,” and I’ve just included that here to be able to say that I typed it. 🙂

Set One:
Those Damned Blue-Collar Tweekers
Too Many Puppies (first half)
Sgt. Baker (w ‘Too Many Puppies’ reprise)
Groundhog’s Day (with ‘Polka Dot Rose’ bit by Oysterhead)
Conspiranoia
Seas of Cheese
Mr. Krinkle
Welcome to This World (partial)
My Name Is Mud
Jerry Was a Race Car Driver (partial) 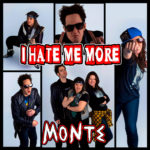 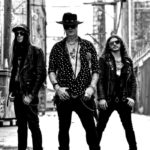