New York-based punk rock outfit MONTE releases their new single/music video, “I Hate Me More,” narrating the universal sensation of low self-esteem everyone goes through, whether from a bad relationship, comparing yourself to others, or feeling unlikable.

Formed in 2017, MONTE is made up of Caitlin Montclare (vocals, lead guitar), Ismael Baiz (drums, audio engineering), and Meghan Rose (bass). Since then, MONTE has released a series of singles, and two EPs, and performed across the U.S., including shows at vaunted venues like The Knitting Factory and The Bowery Electric.

MONTE will be hitting the road this summer, as well as putting the finishing touches on their forthcoming EP, This is MONTE.

“Maybe you hate me, well, baby I hate me more.”

The accompanying video shifts between the band playing on the grounds of a mental institution to each of the members undergoing psychological therapy, speaking with psychiatrists who take detailed notes, shrug, smile, and prescribe medication.

Surging with explosive, visceral dynamism and beaucoup driving momentum, “I Hate Me More” hits listeners’ diaphragms like a sledgehammer. 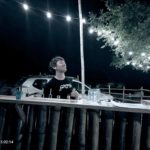 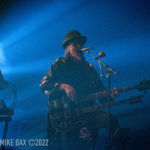