Imagine, a band forming literally at the site of a campfire singalong, amongst the beauty and reality of nature and the disconnection from technology and modern distractions. It may sound very Hollywoodish, and perhaps it is, but that’s exactly the origin story behind Mount Saint Elias, who is gracing our presence today with the unveiling of the music video for their latest single “Light of Day.”

This song is an awesome slice of the brand of indie this collective is capable of serving up, complete with horns, trumpets, and singalong choruses. The song features the group’s good friend Josiah Johnson, co-founder of American indie folkers The Head and the Heart. The video altogether embodies that communal indie spirit emphasized so well in the song, and within the complexion of the group itself.

Contextualizing “Light of Day” for us, lead singer and songwriter Joey Coe tells us:

“After two years of walking through the desert of a long lonesome pandemic, imagine you finally find love with someone who is beautiful, adventurous, and sees and accepts you for who you are. But there’s a catch. They’ve been cheating on a partner back at home. What do you do? Can something born of betrayal become beautiful? Or is it doomed from the start?

“Set along the rivers and fields of Kentucky, where this sparky romance took place on assignment as an adventure travel guide, ‘Light of Day’ is about rising above thinking and accepting a flawed beauty.”

One night when Coe was working as an adventure travel guide, he happened to be strumming his guitar around an open campfire, while his two coworkers Tatyana Schmid and Matteo Lovik looked on. When he strummed the opening chords to The Head and The Heart’s “Rivers and Roads,” Schmid and Lovik began to sing along in approval. After a few more campfire gatherings, a certain spirit and vibe began to emerge and a band began to develop.

For the first part of the band’s history, they were predominantly just a live group of friends. Sadly and unfortunately, Schmid passed away, but instead of dissolving Mount Saint Elias, the remaining members decided it was important to carry on and release their music. The band now presses on, intent on reaching out to others struggling to get by and to feel like they belong to something. It’s a noble mission, and someone’s gotta do it, so why not them? 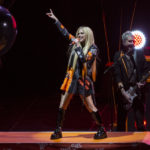 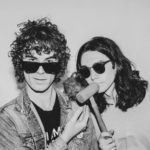