When we first stumbled upon Chris Comhaill, we knew we had to chat with him. As a solo artist and composer, his new work weaves together eclectic strands of music that have influenced him throughout his life to marry the sombre and reflective with the wide-eyed and radiant. Blending folk, jazz, world, and contemporary music, Comhaill’s artistry soars beyond genre boundaries. He just released his debut solo single, “School,” and has a lot in store for future releases. Check out what he had to share below!

How did you start making music?

Chris Comhaill: “Very poorly on a battered auld acoustic that was resurrected from the crypt of my granny’s attic. The strings were rusty and had a musty, moldy smell. Every time you gave them a pluck, the strings’ vibrations would waft the aroma up your nostrils. A malodorous, oddly delightful pong I still remember with that strangely fond nostalgia you get from childhood.”

Can you recall the point when you went from a music fan (listener) to a musician (player and creator)? What did that feel like for you?

“I had just finished my studies in Literature at University College Dublin and was on track for a career in the sparkling, glitzy world of academia when I had an existential crisis. I quit my job and became a musician. I have looked back frequently since… but never with regret.”

Can you tell us more about what “School” was inspired by?

“Sure, so I guess it comes from the idea that I think school is an odd and fascinating time; a world of possibilities and anxieties running mad and unbridled. I didn’t have a very good time at school but despite that, I still feel the pull to look back on it with rose-tinted glasses. That romanticization of the past, coupled with the intensity of that time of life that we all go through, is something I wanted to capture and investigate. It felt right that the first song I put out under my own name was about one of the first things I can remember.”

What’s your favorite lyrical line in the track? Why?

“‘Dreaming the summer days will die/ Spend it by your side on your porch where/ Some people say we grew.’

“I can see this image vividly glinting in the setting sun of my mind’s eye, and for me, it holds wistful melancholy and warm hope cradled side-by-side… I also enjoy the phrase ‘playground ruffian’; little mischievous snot-nosed fella running around causing mischief and mayhem, haha!”

The guitar and instrumentation in your song are phenomenal. How does your musicianship influence your music?

“Thank you for those very kind words. I play a bit of the drums and piano and bass and the guitar is my primary instrument. I want to use my abilities as a multi-instrumentalist to build the tunes as I love getting everything to slot together like musical Tetris and I enjoy figuring out that process. I spent a good few years focusing on technique, especially on guitar, but without much creativity.

“Now I want to flip that paradigm the other way around so I aim to make a bit of a racket and try to get it all to come together as opposed to worrying too much about being technically perfect, the way I used to a few years back. I think musicianship and technique are like your wings; it enables you to fly, it’s your mode of transport but it’s not the destination or the point of your journey.”

How do you approach the songwriting process?

“At times I approach it warily like a trespasser scurrying round the edge of a sleeping guard dog. And other times, I sprint at it, screaming and hollering with reckless abandon. I think it depends on the mood and frame of mind I end up in on that particular day, whether I’m feeling confident and content or whether the imposter syndrome has its claws in me and I’m getting down on myself. I’m slowly moving towards more of the former thankfully.”

What types of music or artists inspire you to create?

“Anything that feels genuine and authentic. I almost cringe at the cliche and ubiquitous use of those words but I mean it in the plainest, most transparent sense. Recently I visited the Zurich Portrait Prize in the National Gallery in Dublin. The winner of the 4-8 years old category had painted a portrait of his father, his face split in half, vaguely reminiscent of the masks of Comedy and Tragedy or perhaps of ‘Two-Face’ from Batman, half his face in light and smiling while the other half was ensconced in shadow and grimacing, his head surrounded by a swirling red and blue haze. In a blurb printed on the wall beside his work, this 5-year-old young gentleman had written ‘I painted my Daddy. Since Covid, he is at home much more, and I think this makes him happy because we get to be together more, but I also think it makes him sad too sometimes. I painted red and blue squiggles all around because we both love Spiderman.’ It’s so simple and genuine and touching. There was an unabashed sense of innocence and truth, emotion and reflection about it. Any art – be it music, literature, painting, dance – that can do that is something that inspires me to create and is something I aspire to.

“When asked about my inspirations I used to list all my guitar heroes from Hendrix to Joe Pass. As I’m getting older I’m starting to suspect that it’s actually the people, the art and the concepts that I interact with day-to-day, the experiences and chats stitched into the fabric of life, that really inspire me. My girlfriend Siobhan who works as a visual artist is a huge influence on me as well as our friends and families.”

How does “School” reflect the rest of your music that fans haven’t heard yet?

“I studied classical guitar as a kid, was smuggled into bars as an under-age teen to get to gig rock and blues and funk with my friends, ended up studying in a jazz college while sneaking off to listen to traditional Celtic music sessions one night and raves the next. Much like life, none of it was particularly cohesive. But I think all that stuff informs what I’m doing now and ‘School’ is just one piece of the puzzle.”

“Well, I make a bit of noise that’s hopefully my own thing, and I’ll hopefully be doing it for another long while yet! I really look forward to getting to share more music in the coming months and years and I greatly appreciate anyone that wants to take the time to lend an ear to it.” 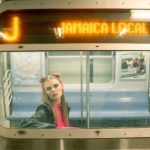 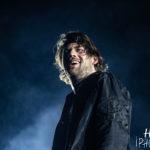