The journey of Polish death metal band Decapitated has been one which has been tumultuous and well documented, to say the least, but, it has led to this point and, with a couple of changes to their personnel, the release of Cancer Culture, the strongest album of an already impressive catalogue. Their eighth outing, and follow-up to 2017’s solid Anticult disc, Cancer Culture is also the first to feature drummer James Stewart as a full-time member of the band.

Technically a group that has always been flawless, this freshening up within the ranks seems to have reignited the creative juices of this death metal machine and, as the military-style grinding intro “From Nothingness With Love” drops straight into the jarring title track, it would appear that comments around the t’internet about this being the band’s finest material to date might not be too premature. Flitting between bone-grinding death metal, crunching grooves and haunting melodies, Decapitated marry the three together for the colossal “Just a Cigarette.” Throughout the record, the group makes perfect use of mood and tempo changes which, in the case of “No Cure,” breaks up what is otherwise three minutes of face-pummelling brutality.

The band is joined on “Hello Death” by Jinjer frontwoman Tatiana Shmailyuk who adds her perfectly placed clean vocals to this rager of a track while the Machine Head connection sees the unmistakable tones of Robb Flynn fight their way through the dense, juddering fury of “Iconoclast.” As the album hurtles towards its conclusion, at no point does it feel like there has been any let-up from the death metal machine. Yes, the group has made effortless use of different moods and tempos throughout the record but pick your way through those moments and, as “Locked” can testify to, Cancer Culture is just an incredible display of how devastating death metal can be.

“Hours as Battlegrounds” sees those atmospherics rear their head again weaving their way through a barrage of pummeling death metal before “The Last Supper” hurtles towards the finish line of this stunning album at an absolutely frantic pace. For fans of the band, it has been a long five-year wait for the group to make their comeback. However, rather than describe this recording as a return to form, it would be more appropriate to describe Cancer Culture as a release where the band has picked up where they left off and delivered a piece of work which sets a ridiculous standard for death metal to try and follow. 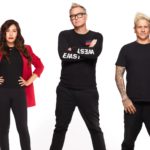 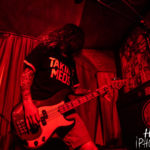