“It’s been a tough year or so for us with the instability in the line-up, and at several points myself, Ben and Aaron wondered if the band would cease to exist, as it just felt like setback after setback was crippling us. Cuba and Harvey coming into the fold has been a massive breath of fresh air and has totally reinvigorated us with the ideas they’ve bought to the table. On this new track, ‘Harlequin,’ I believe we’ve never sounded better as a band.” 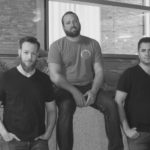 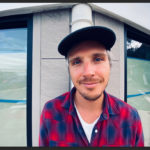