Songs of heartache and grief follow a familiar pattern. They’re typically quite dreary, regretful, and downhearted. Not when it comes to Kadeli, though, and his brand new single “Wanted More.” The title track to his brand new EP, the song is rather bouncy for such a heavy topic. It’s consistent with the young artist’s approach to songwriting, one that’s predicated on being open and honest with his emotions and his point of view.

It’s been quite a meteoric rise for Kadeli, from a young college graduate laid off due to pandemic-related lockdowns, then to a YouTube sensation operating under the moniker Hipyo Tech. As he gained subscribers by the tens of thousands, he became inspired to write his first real single.

Putting the song and the EP all into context for us, Kadeli states:

“This is the second track off my new EP, Wanted More. The EP follows the progression of stages of grief and ‘Wanted More’ is the EP titled track. This is the transition from everything is fine in a relationship to a bitter end.

“It’s about someone ending a relationship because they blamed their partner for their own issues. AKA the denial stage of grief. It’s a really up-beat breakup song, with heavy hitting drums and instrumental to sell the tune of lying to yourself. It’s written about someone that hated themselves and turned a relationship into a toxic wasteland.”

And regarding the music video, he adds:

“For the music video, we went with a more light hearted theme of turtles breaking up with plastic straws. Personally, I think paper straws are pretty dope so I don’t see why everyone gets so upset about them. This was done on a SUPER thin budget, we literally spent it all on those costumes… “

As an EP, Wanted More essentially outlines the five stages of grief we experience as we move through the aftermath of a failed relationship. It’s an alternative R&B record that explores the ideas of heartbreak, duality, and confusion while maintaining a very reflective tone that’s both pensive and a little bit wistful. Sad music may get certain people down, but you can firmly exclude Kadeli from that category. Kadeli feels comforted and almost energized by more melancholic songs, feeling more like a hug than anything to him. To know that there’s someone else out there who feels like he does is both comforting and reassuring to him.

He hopes his music can provide that same sentiment for others, that they’re not alone in how they feel or how they’re doing. 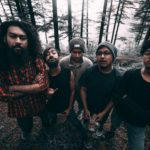 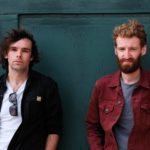 Premiere: Burn The Louvre Would Like You to Meet “Alison”