Another Thursday in February has arrived, which means that it’s time for something new from performance artist and composer Cellista. Today marks the second installment of our four-part series of music videos related to songs featured on her latest album, Pariah, released this past October. Each week, we are unveiling a brand new video, along with something unique from the artist herself.

Today, we are pleased to debut the music video for the title track, perhaps the most hard-hitting and revealing song on the record. Operatic and cinematic in nature, “Pariah” also features the lyrical talents of Cellista’s longtime collaborator, rapper and librettist Demone Carter. With his brilliantly formulated lyrics, Carter really succeeds in pinning down the rage and fury brimming to the surface for Pariah, the main character and focal point of the album.

We worked with Cellista for this second unveiling to get a lengthy breakdown of the song and video in question. Here’s what she has to say:

“‘Pariah’ is the title track of my operetta. It opens with the character Poser narrating the character Pariah’s exile from her home of Cloture. Poser is a silent character who watches quietly as Pariah is violently exiled from Cloture.

‘Much of Pariah’s journey is expressed through his gaze within the story. It is from within the confines of the angry crowd, who seek to end Pariah and her expression of truth, that he comes to realize he must exit Cloture in an act of solidarity and self-exile.

“The lyrics are written by my longtime co-conspirator, the brilliant librettist and rapper Demone Carter. They perfectly  express the rage surfacing within our hero as she faces banishment.

“Jennifer Gigantino did the meticulous editing that made it possible to create a whole film out of only 7 hours of shooting time. And generously, too, with my teeny budget.”

A visionary artist with an ambitious mind, Cellista has really gone all out for this latest project. In addition to the album, it also includes a companion book co-written by her father Dr. Frank Seeburger, Professor Emeritus at the University of Denver. A live presentation of Pariah also took place after the album was released in October at the Santa Monica Playhouse, performed as a dance film directed and scored by Cellista herself. Stay tuned next week for another new edition of our Pariah video series.

Excerpt of lyrics by Demone Carter:

I dream and see visions
Banished from my position
New definitions

Based on a story written by Dr. Frank Seeburger and Freya Cellista
Edited by Charles Hoge 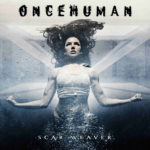 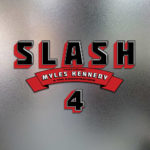