We got something seductive and sweet for you today, and it comes in the form of Lavender Honey’s brand new single “Need Your Love.” If you want to get technical, this is actually the formal debut of this solo project, spearheaded by singer, songwriter, multi-instrumentalist, and producer Daniel Thompson. “Need Your Love” serves as a very capable introduction to Thompson’s new musical undertaking, with his rich and smooth vocals reeling you in over a calming and uplifting indie-pop mix of guitars, drums, and electronics.

When asked about the song, Thompson says:

“Soothing and sweet, Need Your Love deals with the internal battles we all face day today and how we all have a desire to have peace of mind.”

Previously an inhabitant of Maryland, Thompson recently moved to Nashville, Tennessee in an effort to jumpstart his musical career. A versatile artist, Thompson’s music is centred around a modern indie pop flair that takes influences from ’60s radio pop and early ’80s retro. When the COVID-19 pandemic arrived early last year, Thompson began writing more actively and then this year officially launched Lavender Honey. He began performing earlier this year in the Nashville area, and with the year winding down, started to focus more on recording, with plans to release one new song a month in 2022.

Thompson intends to couple these releases with local area shows. Ready to start the year off on the right foot, it’s only a matter of time before the buzz begins to disseminate widely for Thompson and Lavender Honey. 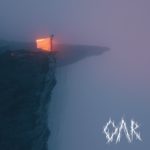 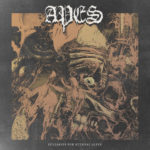