Interviewing another hardcore band a few months ago, I asked if the experiences of the last 18 months would see a new wave of more angry and aggressive hardcore when we emerge from the shitstorm of the last two years. Surprisingly, the response was no but listening to Torture World, seemingly nobody sent that memo to Boston hardcore ragers Great American Ghost who, judging by these four tracks, are absolutely fucking seething.

A crunching mix of metal and hardcore, the anger and frustration burning throughout these four tracks is pure hardcore, but the sludgy, guttural breakdown during the title track is more Dying Fetus than anything remotely close to anything a band like say, Hatebreed would put out. In fact, there are many moments throughout these four tracks where you could be listening to a pure death metal band.

Take the track “Womb” as an example, a volatile mix of blast beats, scathing metal runs and punch-you-in-the-face rage. Utterly unstoppable as they lurch from skin-melting rage to skull-bludgeoning sludgy breakdowns, Great American Ghost is one of those bands who demonstrate how to perfectly meld together the fury of hardcore and the neck-snapping aggression of metal.

Familiar subjects of self-loathing and anger pepper vocalist Ethan Harrison’s acid bath delivered poetry making the unforgiving, hellish rage of tracks like “Death Forgives No One” absolutely terrifying to listen to. It may only be four tracks long but every single one of these fourteen savage minutes will absolutely maul you to within an inch of your life. 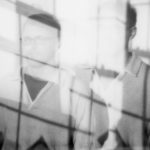 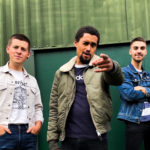