Cold Years are one of a number of bands to have released new material (an excellent album in Paradise, plus a couple of singles in their case) during the pandemic, and have yet to have a proper platform to showcase it. That’s rectified with a five-night headlining run up and down the length of the UK, kicking off in Newcastle and followed up with us being in attendance to cover the southernmost date at The Grace, London.

Opening this evening is Joe Appleford, with their first-ever show as a band. Bringing stoner rock vibes heavily reminiscent of Queens of the Stone Age, there’s also a heavy helping of double kick from the drums which was somewhat of a surprise given the evening’s headliners. The songs are catchy and accessible, with strong vocal harmonies between lead guitarist Appleford and bassist Thomas David Shaw, although there are some sound issues with rumble and booming – perhaps a delay setting that needs rolling back a little. Nonetheless, it’s a consummate first outing for the group, who will do well to continue to find themselves on bills such as tonight’s.

Main support for the tour comes from Punkband, a four-piece that could have been lifted straight from punk’s golden era in the 70s. They strut, posture and career through expletive-laden oi with a little more introspective post-punk sprinkled in at times, with the dozen or so mirror balls on the venue’s ceiling clashing amusingly with the DIY feel of the artist on stage. Compared to the finesse of tonight’s headliners, there’s certainly a degree of simplicity and brashness to their music in comparison – but I’d suspect that’s exactly what they’re going for, and the growing crowd lap it up.

As the stage entry for Cold Years approaches, bodies in the room have trebled to almost capacity and the noise increases tenfold in anticipation. Their music has always sat in that sweet spot to attract fans from many areas in a similar way to artists such as The Gaslight Anthem – punk rock enough to bring energy and fans of heavier stuff, yet digestible enough to make fans towards the poppier end feel welcome as well. The performance given is completely flawless, from the vocal harmonies of frontman Ross Gordon and bassist Louis Craighead, through the searing lead guitar of Finlay Urquhart, all the way to the driving drums of newest member Jimmy Taylor behind the kit. 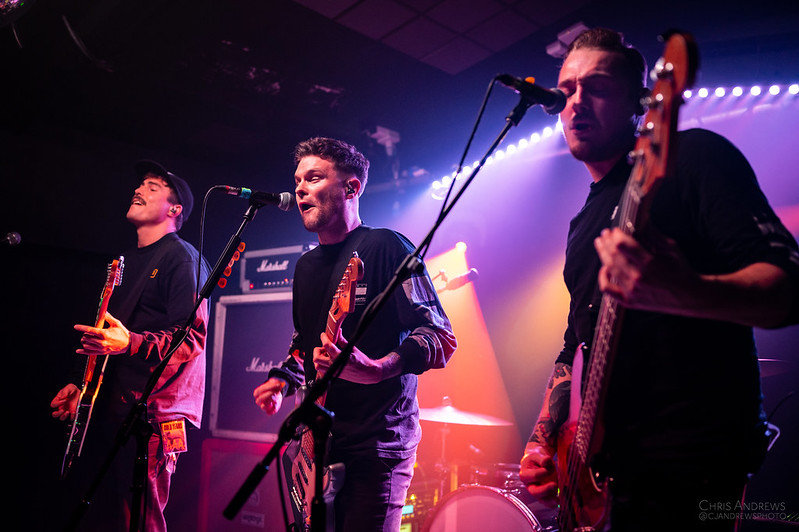 Playing an array of tracks from Paradise, the band also treat the audience to an unreleased one in “Kicking And Screaming,” as well as sharing more about a forthcoming album. “We’ve spent the last two years writing music, recording music and dreaming about playing music,” Gordon shares with the audience, thanking the studio crew they’d worked with on the new release who are in attendance tonight.

With the penultimate track “31” seeing the crowd drowning out the band’s vocals and all on stage stopping to appreciate it, it’s evident that Cold Years have a room full of loyal fans eager to have heard these tracks live, and the evening won’t have done them any harm in winning many more. With performances like this to back up their superb quality on record, the future could be extremely hot for Cold Years.