The house lights are on, and College Street Music Hall in New Haven, CT is alive and well for Chvrches’ highly anticipated return since the start of the COVID-19 pandemic. Donna Missal had just finished her opening set, and the crowd was mingling about to prepare themselves for the headlining act. Though it went mostly unnoticed, an ominously melodic drone began to fill the air for several minutes. It was not until the fog started to pour from the sides of the stage that fans became aware that Chvrches was sending signs of their arrival.

Chvrches have always made slow, theatrical entrances that are met with bright, pulsating music, but this night was more of a gradual warning. Finally, the house lights went dark, and each member graced the stage and immediately kicked off with “He Said She Said,” one of the strongest songs off the latest full-length Screen Violence.

The current North American tour in support of the release of Screen Violence had been long awaited for fans, as this tour has been a milestone for Chvrches’ return to live music since the pandemic began. With so much time to make up for, the band did a great job of balancing showcasing new songs for the first time and bringing back hits from across their discography.

Fan favourites such as “Miracle,” “Bury It,” “Never Say Die,” and “Clearest Blue” and deep cuts like “Night Sky,” “Recover,” and “The Mother We Share” had fans new and old dancing and screaming every word (even with masks on, that’s dedication). Chvrches also performed some Screen Violence highlights such as “Good Girls,” “How Not to Drown,” “California,” and “Final Girl” that truly brought these songs to life. 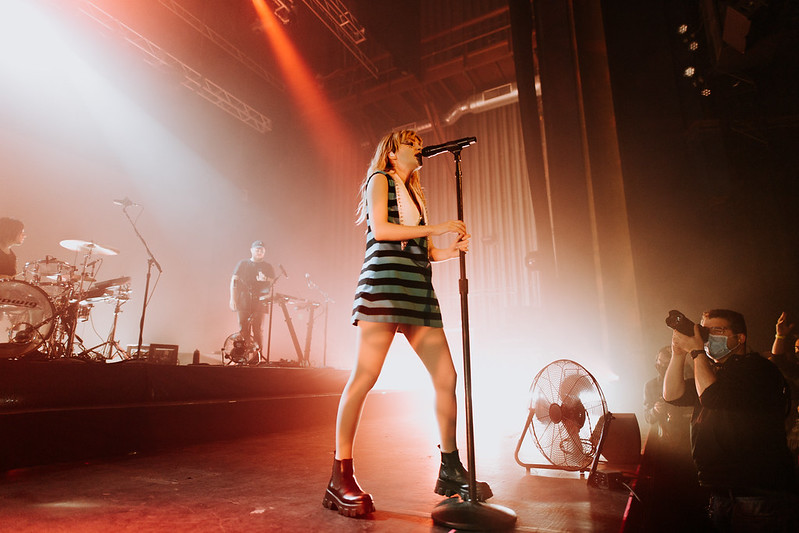 Vocalist Lauren Mayberry has always been easy to admire with her glittering stage makeup and flowy outfits, but Chvrches made great use of the pandemic by amping up their theatrics and shock factor for this tour. Never mind Mayberry’s multiple costume changes to match the vibe of each transition in their setlist, but the singer returned for the encore covered in (fake) blood for the melancholic “Asking for a Friend.”

Screen Violence has been exciting to watch develop over the pandemic as the band was very active on social media throughout its process. However, to see their cinematic theme in high definition on stage was mesmerizing as it is unlike anything they’ve done before. Though Chvrches have always put on a great and engaging show, this North American tour really proved their dedication to their craft and has shown what they’re capable of behind closed doors.

Chvrches is still on the road on our side of the globe until their final show on December 17th in Los Angeles, CA.