Sarah and Richard Isen come together in an epic family-made project with their Janis Joplin– inspired single “Into The Blue,” out now. Painting a colourful soundscape weaving between musical modes, this track is a sonic masterpiece that keeps listeners engaged from beginning to end. “Into The Blue” is a glorious fusion of the most beautiful parts of so many genres; the emotion present in neo-soul, the creativity of psych-rock, and the rawness of folk music. This song was originally written for one of Richard’s musical theatre works entitled QUANTUM JANIS that imagined an alternate universe where Janis Joplin ran away from her music career and opened her own ‘hippie hotel.’

Written by Richard and brought to life with Sarah’s full-bodied, soulful vocals, the two have effortlessly captured something magical with this collaboration. “Into The Blue” characterizes a song this version of Janis might have sang in her later life, accounting for the struggles in her mid-life as well as watching her youthful dream of a hippie utopia die.

Sarah considers her uncle one of her greatest influences; for her, this record was the perfect way to give back to someone who she cherishes so deeply. The first time she heard “Into The Blue” on an off-broadway stage, the powerhouse vocalist knew that this was a song she had to perform herself. Sarah, having been a long-time fan of Joplin, acknowledges that while this composition is created in the image of Joplin’s story, “it’s really my uncle Richard’s style of songwriting, very much his version.” Richard explains that he’s “trying to imagine a song Janis might have recorded when she was nearing 60,” he says, “having matured and become more sophisticated musically and lyrically, and no longer interested in singing the ‘my man hurt me’ type songs she’s known for.”

Sarah Isen was born to sing. The daughter of LGBT mothers, she was conceived through an anonymous donor in Berkeley, CA and grew up in the same household with her uncle Richard Isen, a professional musician and award-winning songwriter for musical theatre. Richard recognized her talent at an early age and had her performing at age 8 as he accompanied her on the piano. She studied music as a youngster and eventually was accepted in the Oakland School of the Art as a singing major where she was a member of the award-winning a capella group, Vocal Rush. At age 14 she had her first gig at a local senior center where she performed her favourite songs along with some jazz standards taught to her by her uncle Richard.

In her teenage years, her donor father agreed to let himself be known and it turned out that he too sang and had been a member of a professional group years before. Because of websites like ’23 and Me’, Sarah has discovered 32 half-siblings, many of whom also sing. They meet on yearly retreats and many of them came to Los Angeles to cheer Sarah on as she competed on American Idol 2020 and again when she competed on Fox’s Alter Ego as St. Luna.

Once a jazz cocktail lounge piano man, television composer, musical theatre experimenter, as well as a software engineer & web pioneer, Richard Isen and his piano threads a dreamy, after-hours melancholy with a wise, compassionate, and oftentimes humorous outlook on life and music. Counting influences ranging from Joni Mitchell to Bill Evans to Shirley Horn to Tom Waits to Tori Amos, Richard Isen has released several recordings including “Let It Fall,” “9 Songs,” as well several original cast recordings of his musical theatre works. He holds an MFA in Musical Theater Writing from NYU, an Emmy Award nomination and has received many theatre awards and grants through the year including Performing Songwriter magazine naming him Top 12 DIY for his first release LET IT FALL.

Now retired from his information technology career, Richard spends his days writing, recording, releasing music to the public and occasionally performing. He’s amazed at how the music business has changed and loves that he can record and release his music and find an audience big enough to support his continuing career. 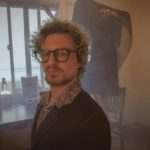 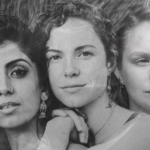