Guided by artistic desire and a true lover of artistry in all of its forms, Robert Lundberg has become a highly regarded photographer and filmmaker, lauded for his innovative and versatile documentaries covering the worlds of music, comedy, art, and film. After spending his early years in Massachusetts, Lundberg moved to New York City where he more actively pursued a full-time career in art and film. Uniquely focused on seeking out the next big artistic challenge, Lundberg chose to pursue one of his most ambitious projects at the beginning of 2020 when he launched his new documentary series entitled Uncontaminated Sound – The Interviews.

Debuting in February, 2020, the series follows comedians, musicians, fine artists, and actors with Lundberg’s primary goal to gain a particular insight into their creative processes which can only be thoroughly deciphered by truly going behind the scenes. With Uncontaminated Sound, Lundberg’s purpose is to offer an intimate look into all of the rarely seen or known “little things” that take place during interviews and other similar social and private interactions with artists and performers. Mainstream features are often heavily and unevenly edited, offering viewers only individual, preferred moments. In contrast, Lundberg is dedicated to delivering to you all of the real, raw, authentic moments that you would never otherwise have the opportunity to experience.

It’s on to episode 46 in the Uncontaminated Sound series, and in this installment, Lundberg is joined by New Orleans-based singer-songwriter Lilli Lewis. The influential Lewis, or the folk-rock diva as she is sometimes referred to as, just released her eighth studio record Americana on October 29th, via Louisiana Red Hot Records. This is a particularly prolific period in Lewis’ musical career, with 2021 marking the fifth year in a row she has released an album of some kind. The record, recorded at multiple studios thanks to five regional hurricanes over the last year and a half, is a return to the rootsy folk that she became known for early in her career. It’s a reflection on the two sides of the America she has experienced, one being from within the confines of her father’s church, while the other being the racial tension that exists beyond such an environment. Musically, Americana is characterized by its gospel and blues roots, mixed with a sort of country soul sound.

Americana was primarily written and recorded by Lewis herself, as a result of the conditions imposed by the quarantine related to the COVID-19 pandemic. It was quite a u-turn for her as compared to the year she had planned, one that was to be defined by a lot of touring and live shows. Freed from the pressure of travelling and performing, Lewis was able to focus on recording more storytelling songs that she didn’t have to worry about fitting in with the New Orleans club scene.

Of his conversation with Lewis, Lundberg said,

“I started this little conversation series with the spirit of free form discussion in mind. Candid, raw, real, and sometimes flawed dialogue that sought to dive deep into the cultural lexicon of our times, with the hopes of swimming into the beyond.

My heady afternoon chat with Lilli Lewis hit all of those chords and sank into the contexts of the beyond. One might even call it a societal critique more than a craft based lecture.

Of course, these days culture and cause go hand-in-hand. Within imagery, music, text, dance, and even food (I’m thinking of a New Orleans treat beignets) are aflame with passion.

Ms. Lilli Lewis is most certainly one of those artists. Please enjoy this lovely conversation.” 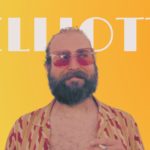 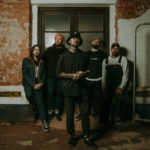