A sideman no more, Elliott Blaufuss is now the main attraction. For most of his career in the music industry, the Nashville-based Blaufuss has been best known as a collaborator and musical director for some major artists, such as Gavin DeGraw, Eric Hutchinson, and Philip Philips. After spending so long observing them sharing their lives with adoring fans through their songs and their stories, Blaufuss became inspired to do the same. He became more and more attracted to the thought of moving people through his own art and his own passion, a feeling he first discovered when he wrote his first-ever song as a youngster. Growing up predominantly on classic R&B, soul, southern rock, and singer-songwriter music, Blaufuss developed a well-rounded appreciation for popular music. It was artists like Earth, Wind & Fire, Ray Charles, The Allman Brothers, and James Taylor who motivated Blaufuss to pick up an instrument in the first place.

Blaufuss’ affinity for the culture and the history of his hometown is no secret. He released his latest single titled “Nashville” last month, which came with it an iconic music video that showcased Music City in all of its glory. Blaufuss was motivated to write and record the album by his time living in Nashville, and his desire to paint an honest portrait of what life is like in this historical city. The song is an honest look at what his life has been like in the city and his appreciation for what it has meant to him.

To celebrate the release of “Nashville” and the city he calls home, Blaufuss has checked in today for a special Top 10 list in which he shares with us his favourite local spots for you to check out on your next trip to Music City.

“I heard that John Prine hung here so I started going around 2009 to see if I could ever buy him a warm draft beer but I never did find him. What I did find were the best regulars in town and bartenders who have slung burgers and beers at that location for longer than I have been alive on this earth.”

“If you want Nashville in the ‘80s, go out by the airport and you will feel unchanged bars and players that played on the hits of that era and beyond.”

“About all they grill is hot dogs and they do that in the microwave, but what else could you want from this hole in the wall? Nothing, that’s what. I’ve seen Jack Pearson and Kenny Vaugh play here to name a few golden local guitar slingers”

“A great hang in Franklin, Tennessee with a stage, a bar, a great porch full of locals, and a music room with guitars and pianos for showing off your newest heartbreaking ballad to your judgey music snob friends.”

“Perfect little spot to get a great cocktail and some Zapp’s Voodoo chips. Dark and quiet except for Tuesdays and Sundays when they have organ trios and food truck DJs.”

“One of the finest dive bars in town, amazing karaoke from colorful locals and the old-timers will tell you everything you are doing wrong in the game of pool. Perfection.”

“I’m a Minnesota boy at heart so the ski lodge calls to the cabin lover in me. Incredible wings and Brussels sprouts, and a very lovely New Zealander for a bartender who can’t pour anything but stiff ones.”

“No booze or music here because it’s just a war monument, but it’s still definitely underground as it’s tucked in the middle of a neighbourhood. You can stand there and imagine an invisible line just a few miles north that separated the whole country and held back an army in a small dirt fort. Very cool to see.”

“A staple of great music and a very relaxed atmosphere. Dee’s always has killer live music and a patio full of people who bum and also give out cigarettes.”

“Year-round, Christmas-themed, double-wide trailer that hosts karaoke every night. Do you still need more? The owner looks exactly like Santa Claus and does cigarette mouth tricks. I guess it could be Santa… maybe in witness protection… well then he named his bar incorrectly… Anyway, check it out!” 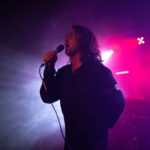